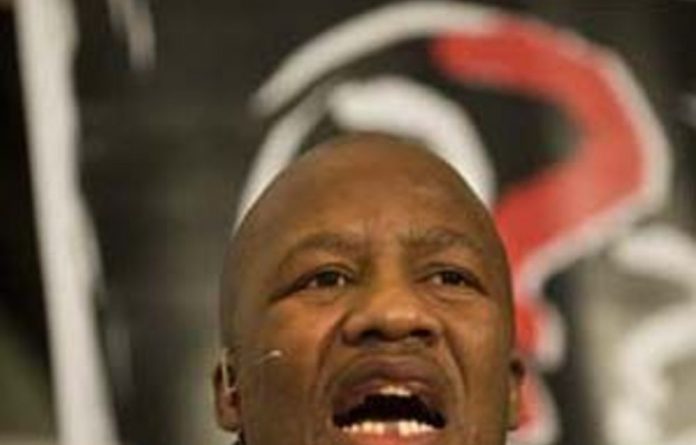 At least one party has already begun talks to form coalitions, with a few others expressing an interest, as the 2011 local government elections come to an end.

With results 97.1% complete on Friday afternoon, the African National Congress (ANC) said it was already talking to other parties to form coalitions, which could shift the balance of power in them.

“Yes, it has started … about 10 municipalities as we speak,” ANC spokesperson Jackson Mthembu said, without mentioning which ones.

Voice of the minority

As results of the local government elections streamed in it became increasingly obvious that this election was becoming a war between the African National Congress and the Democratic Alliance. The Mail & Guardian asked smaller parties what they thought about the possibility of coalitions and if they thought South Africa was becoming a two-party state.

Coalitions were a “reality”, and the party had no problem with power-sharing agreements.

Democratic Alliance (DA) leader Helen Zille said the official opposition was “not prepared to enter into horse-trading at this stage”.

“Not yet, it’s very early days,” she said, adding the party was open to coalitions.

The DA would share power with other parties who followed the principle of non-racialism, but not with those who were “sectarian and try to divide South Africans”.

The DA snatched power in Cape Town in the previous election by heading a coalition in the 2006 polls. It has now won the city outright.

‘This is democracy at work’
In the rest of the Western Cape, however, a large number of municipalities would see the ANC and DA fight for control, and be ruled by coalitions.

“We would have liked to take over all the municipalities, but this is democracy at work,” Mthembu said.

The smaller parties who were all but eliminated in this election may play a key role as they find themselves determining power in certain municipalities.

The National Freedom Party (NFP), which was fairing relatively well in its first poll, said it would “decide” on Sunday during a leadership meeting whether it would enter into coalitions.

“Right now, it’s still a no. I don’t know whether we have been approached,” said Evans Sosibo, a provincial leader of the party.

The NFP may be key to helping the ANC wrest power from Inkatha Freedom Party (IFP) municipalities in its KwaZulu-Natal stronghold.

Congress of the People acting general secretary Lyndall Shope-Mafole said the embattled ANC breakaway was also willing to share power with parties whose principles were consistent with its own.

ANC maintains lead
Meanwhile, the ANC maintained its lead in the top spot as results for the 2011 municipal election continued to trickle in on Friday.

After 97,1% of the voting districts had been counted, the party’s support stood at 61,9%, giving it 5 214 council seats nationally.

According to the Independent Electoral Commission some votes were being recounted. Further information was not immediately available.

The number of votes won by the ANC was just more 21-million, with the DA taking seven million.

ANC Youth League leader Julius Malema visited, causing a flurry among journalists vying for a few words from him.

Elections: The morning after

Party leaders returned to the IEC results centre in Pretoria early on Thursday morning to some interesting developments — including that the DA retained the hotly contested Midvaal area. We spoke to ANC spokesperson Jackson Mthembu and DA chief strategist Ryan Coetzee.

Deputy Justice Minister Andries Nel was also at the centre.

Most party leaders sat in IEC allocated spaces and monitored the results as they came in.

DA leader Helen Zille was present at the centre for most of the morning, also staring at the results computer screen, doing interviews and chatting to other politicians.