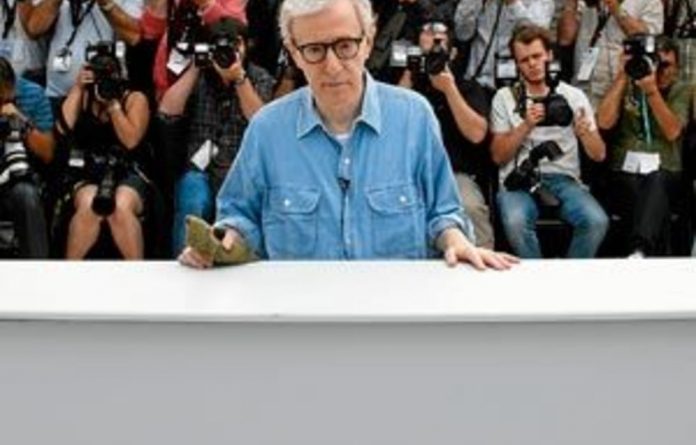 Few would say — regardless of his recent patchy form — that the director of classics such as Manhattan, Annie Hall and Crimes and Misdemeanours was anything less than a cinematic master.

Except perhaps the man himself. Woody Allen, as his latest film Midnight in Paris opened the 64th Cannes Film Festival, said it was “clear as a bell” that he was not an artist — at least compared with great directors of the past such as Akira Kurosawa, Ingmar Bergman and Luis Bunuel.

According to Allen, whose self-deprecation is part of his artistic persona, “I have never considered myself as an artist. I have aspired to be one but I have never felt that I have the depth, substance or the gifts to be an artist. I do think I have some talent, yes; but I don’t think it goes as far as being an artist because, if you think Kurosawa is an artist and Bergman is an artist, and Bunuel and Fellini, then it is as clear as a bell that I am not an artist.”

This was, he said, despite his admiration, especially as a young film-maker, for French role models such as François Truffaut and Jean-Luc Godard and, looking back further, René Clair and Jean Renoir. “In America [filmmaking] is a money-making industry. In France there is a great respect for filmmakers as artists. This was very important to us [as young American directors] — we all fancied ourselves as artists, not as commercial filmmakers.”

Dazzling array of artists
If his films from earlier decades explored a fascination with giant cultural figures of the past — whether Tolstoy in Love and Death or Bergman in September — this Paris-set film is no exception, with its lead character, the American tourist Gil (played by Owen Wilson), slipping back into the Paris of the 1920s where he encounters a dazzling array of artists, including Ernest Hemingway, Salvador Dali, F Scott Fitzgerald, Pablo Picasso, Gertrude Stein and even Alice B Toklas and Djuna Barnes.

It is a rose-tinted, tourist’s view of the city, with picture-postcard views of the Grand Palais, the Eiffel Tower and the Moulin Rouge dominating scenes set in the present — and, in those set in the 1920s, no clue of the grinding poverty and squalor described by Hemingway in his memoirs.

According to Allen, this luxurious and decidedly ungritty view of Paris is deliberate. “I learned about Paris the way all Americans do — from the movies,” he said. “That’s the same New York City I have shown people around the world in a picture like Manhattan — it’s the Manhattan I don’t see around me but the one I recognise from the movies. It’s the same with Paris. I wanted to show it emotionally. I didn’t want to show how real it was but how it was through my eyes — so present it ­subjectively, not realistically.”

Giving insight into his working methods — at least his recent ones — he described how he thought of the title, Midnight in Paris, first and then struggled to work out a plot to fit it. “The secret is to hire great people, let them do what they do, don’t interfere too much and then when they’re great, take the credit. I’ve done this for many years and it works like a charm,” Allen said.

A small role, for fun
The film is already famous, or notorious, for including a cameo role for France’s first lady, Carla Bruni. According to Allen: “I was having breakfast one morning with the Sarkozys, and she walked into the room and I thought she was very beautiful and charming and charismatic, and I said to her, ‘Would you like to be in a movie, just a small role, for fun? I know you are very busy, but for just a day or two or three maximum?’ And she said, ‘Yes, I would like to do it, because one day I would like to tell my grandchildren I was in the movie’.”

He said that she took her role — as a Paris tourist guide — “very gracefully” and had been “delighted with how it came out and very happy with how the cameraman photographed her”.

Midnight in Paris, as is traditional for the opening film of the Cannes festival, is not in competition for the Palme D’Or but ushered in screenings of 20 contenders. —