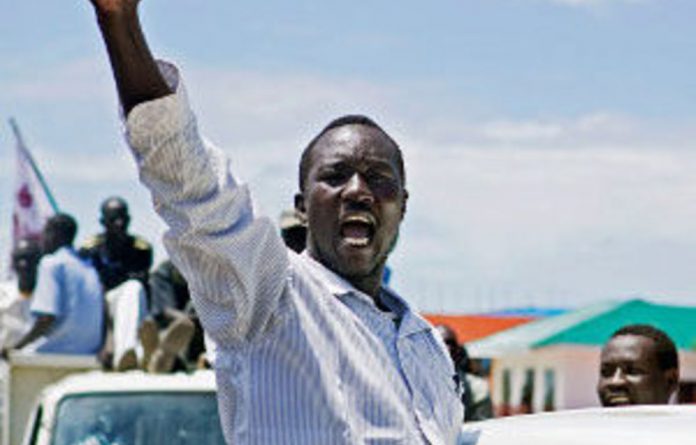 More than 15 000 people have fled Sudan’s Abyei region to Agok in the south after the northern army seized the disputed area, United Nations officials said on Tuesday.

North Sudan’s army moved tanks into the main town of the oil-producing border region after weeks of tensions, leading to looting and burning by armed groups that forced residents to flee, UN officials said.

South Sudan said the seizure of Abyei was a ploy by Khartoum to provoke war and derail secession by the oil-rich south, due in July. Southerners voted to split from the north in a January referendum agreed under a 2005 peace deal.

North Sudan says it sent in troops to clear out southern soldiers who it said had broken agreements by entering the area.

UN spokesperson Hua Jiang in Sudan’s southern city of Juba said about 20 000 people had arrived in or around Agok, a town just across the border. Other UN officials put the number of refugees at more than 15 000.

“We cannot give exact figures,” said Jiang, adding that a UN team was still trying to assess the situation.

The UN said a team of its experts and aid groups visited Agok on Monday to assess the situation and estimate the number of refugees there, but gunfire erupted in the town while they were meeting local officials and the mission was cut short.

Fertile land
Khartoum has defied calls by the UN Security Council and world powers to withdraw its forces from Abyei, which also has fertile grazing land.

Analysts fear north-south fighting over Abyei could reignite a full blown conflict in Africa’s largest country, a move that could have a devastating impact on the surrounding region.

Both Sudan’s mostly Muslim north and the south, where most follow Christian and traditional beliefs, claim the fertile, oil-producing Abyei border region. Ownership was not settled in the peace deal that ended decades of civil war.

Abyei remains the most contentious point in the build-up to the secession of the south, where 75% of the country’s 500 000 barrels a day oil production comes from.

Southerners overwhelmingly voted for independence in the January referendum. The 2005 peace deal also promised Abyei residents their own referendum over whether to join the north or south, but that never took place as neither side could agree who was qualified to vote. — Reuters