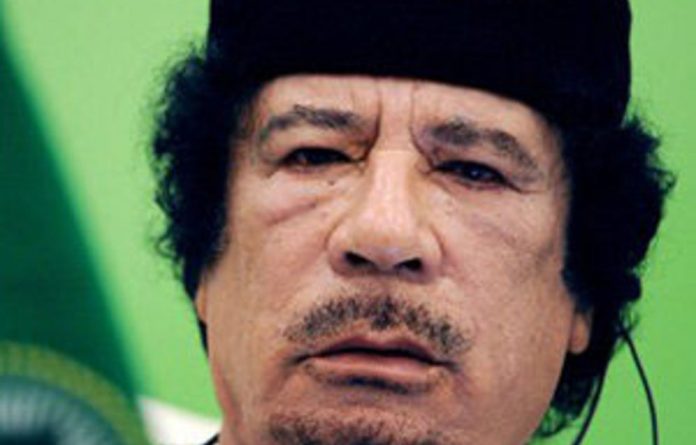 The African Union on Wednesday called for a political solution to Libya’s protracted conflict, weighing in once more on the crisis though its proposals have largely been ignored.

The pan-African bloc has called for a ceasefire and set up a high-level mediation team, but its efforts have had little effect on the ground as Western powers continue with air raids against Muammar Gaddafi’s regime.

“I am convinced that only a political solution can lead to a lasting peace and satisfy the legitimate aspirations of the Libyan people,” said Jean Ping, head of the AU Commission, the pan-African bloc’s executive body.

“The situation in Libya remains a serious concern for us, for the future of Libya itself as well as for regional countries,” Ping said at a special summit on Wednesday in Addis Ababa.

“Unfortunately the current situation on the ground and the lack of coordination of international efforts do not favour the search for a solution.”

Rejected
The AU is opposed to the international military action against the Libyan regime and last month proposed a ceasefire plan, which was rejected by the Libyan rebels who insisted on Gaddafi’s departure first.

Gaddafi himself, however, readily accepted the plan.

The AU also proposed a transition period for negotiations to organise elections.

But the AU’s proposals for resolving the North African country’s months-long crisis, including the mediation team made up of African heads of state, have largely been snubbed.

Libyan rebels have not warmed to the AU’s overtures either, wary of the ties between the continental body and Gaddafi, who is one of the bloc’s main financiers.

However, Ping insisted that “the roadmap proposed by the AU has all the elements for a solution. We need to be given the opportunity to effect it.”

“Last night, I spoke at length once again with the Libyan prime minister [Al-Baghdadi Ali al-Mahmoudi] to listen to his concerns over the recent intensified bombing campaign,” Ban said. “I reiterated the urgent need for a real ceasefire and serious negotiations on a transition to a government that fully meets the aspiration of the Libyan people.”

Libya has been mired in a bloody conflict pitting Gaddafi’s forces against opposition rebels since the eruption of massive anti-government protests in mid-February.

An international coalition intervened on March 19, launching air raids and missile strikes under a UN mandate aimed at protecting civilians from Gaddafi’s forces. Nato took command of the air campaign on March 31.

The alliance this week intensified bombardments against the Libyan regime, seeking to deliver a decisive blow to Gaddafi’s government.

“Despite some speculation about differences, all of us, without equivocation, condemned the violent events,” Ban said. “All of us recognise the legitimate aspirations of the Libyan people for freedom, democracy, respect for human rights, dignity and justice.” — AFP

If herd immunity is reached and life returns to ‘normal’, people may switch spending to things they gave up and the desire to DIY may subside
Opinion

Some people believe a drug used to treat parasites is a Covid cure. But science, not social media, is the only way to determine its efficacy
National