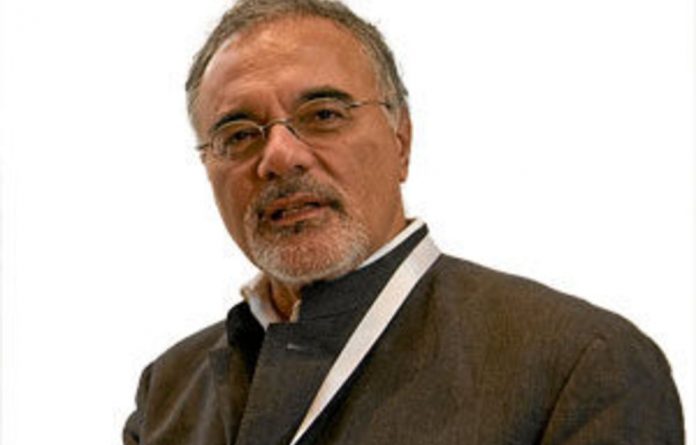 The central question facing higher education in Africa today is what it means to teach the humanities and social sciences in the current historical context and, in particular, in the post-colonial African context.

What does it mean to teach humanities and social sciences in a location where the dominant intellectual paradigms are products not of Africa’s own experience but of a particular Western experience?

Where dominant paradigms theorise a specific Western history and are concerned in large part to extol the virtues of the Enlightenment or to expound critiques of that same Enlightenment?

And where, as a result, when these theories expand to other parts of the world, they do so mainly by submerging particular origins and specific concerns through describing these in the universal terms of scientific objectivity and neutrality?

I want to make sure I am not misunderstood: there is no problem with reading texts from the Enlightenment — in fact, it is vital. The problem is this: if the Enlightenment is said to be an exclusively European phenomenon, then the story of the Enlightenment is one that excludes Africa as it does most of the world. Can it then be the foundation on which we can build university ­education in Africa?

In the 19th century European universities developed three different domains of knowledge production — natural sciences, humanities and social sciences — based on the notion of “three cultures”. Each of these domains was then subdivided into “disciplines”.

Over the century from 1850 to World War II this became the dominant pattern as it became institutionalised through three different organisational forms:

The organisation of knowledge production in the contemporary African university is everywhere based on this disciplinary mode developed in Western universities in the 19th and 20th centuries. But the first colonial universities were few and far between: Makerere in East Africa, Ibadan and Legon in West Africa, and so on.

Lord Lugard, Britain’s leading colonial administrator in Africa, used to say that Britain must avoid the “Indian disease” in Africa — that is, the development of an educated middle class, a group most likely to carry the virus of nationalism.

This is why the development of higher education in Africa between the Sahara and the Limpopo was mainly a post-colonial development. To give but one example, there was one university in Nigeria with 1 000 students at independence. Three decades later, in 1991, there were 41 universities with 131 000 students. Nigeria is not an exception.

Everywhere, the development of universities was a key nationalist demand. At independence, every country needed to show its flag, national anthem, national currency and national university as proof that the country had indeed become independent.

We can identify two different post-independent visions of the role of higher education. One was state-driven; the other, a later post-independence vision, was market-driven. The two models had a common failing: neither developed a graduate programme. Everyone assumed that postgraduate education would happen overseas through staff development programmes.

Today the market-driven model is dominant in African universities. The consultancy culture it has nurtured has had negative consequences for postgraduate education and research. Consultants presume that research is all about finding answers to problems defined by a client. They think of research as finding answers, not as formulating a problem.

The consultancy culture is institutionalised through short courses in research methodology, courses that teach students a set of tools to gather and process quantitative information from which to cull answers. The collection of data to answer pre-packaged questions is not a substantive form of research if it displaces the fundamental research practice of formulating the questions that are to be addressed.

If that happens, then researchers will become managers whose real work is to supervise data collection. The expansion and entrenchment of intellectual paradigms that stress quantification above all has led to a peculiar intellectual dispensation in Africa today: the dominant trend is increasingly for research to be positivist and primarily quantitative, carried out to answer questions that have been formulated outside the continent, not only in terms of location but also in terms of historical perspective.

This trend either occurs directly, through the “consultancy” model, or indirectly, through research ­funding and other forms of intellectual disciplining. In my view the proliferation of “short courses” on methodology that aim to teach students and academic staff quantitative methods necessary to gathering and processing empirical data is ushering in a new generation of native informers.

Intellectual life in universities has been reduced to bare-bones classroom activity. Extracurricular seminars and workshops have migrated to hotels. Workshop attendance goes with transport allowances and per diems. All this is part of a larger process, the “NGO-isation” of the university. Academic papers have turned into corporate-style Powerpoint presentations. Academics read less and less. A chorus of buzzwords has taken the place of lively debates.

Our ambition should be to challenge the foundations of the prevailing intellectual paradigm, which has turned the dominant Western experience into a model that conceives of research as no more than a demonstration that societies around the world either conform to or deviate from that model. This dominant paradigm dehistoricises and decontextualises other experiences, whether Western or non-Western.

Research proposals are increasingly descriptive accounts of data collection and the methods used to collate data, collaboration is reduced to assistance and there is a general impoverishment of theory and debate. If we are to treat every experience with intellectual dignity, then we must treat it as the basis for theorisation. This means to historicise and contextualise not only phenomena and processes that we observe but also the intellectual apparatus used to analyse these.

If you sit in a research institution as I do, then the problem can be summed up in a single phrase: the spread of a corrosive consultancy culture. How do we counter the spread of consultancy culture? Through an intellectual environment strong enough to sustain a meaningful intellectual culture. To my knowledge, there is no model for this on the African continent today. It is something we will have to create.

Faced with a context where the model is the consultant and not the independent researcher, we think the way forward is to create a PhD programme based on significant preparatory coursework, to create among students the capacity to both rethink old questions and formulate new ones. Over the long-term, we will create a multidisciplinary, coursework-based, PhD programme to train a new ­generation of researchers.

To brainstorm the outlines of this programme, we held a two-day workshop in January with scholars from the University of the Western Cape in South Africa and Addis Ababa University. We agreed to create a graduate programme that combines a commitment to local — indeed, regional — knowledge production, rooted in relevant linguistic and disciplinary terms, with a critical and disciplined reflection on the globalisation of modern forms of knowledge and modern instruments of power. Rather than oppose the local to the global we seek to understand the global from the vantage point of the local.

The doctoral programme will seek to understand alternative forms of aesthetic, intellectual, ethical and political traditions, both contemporary and historical, the objective being not just to learn about these forms, but also to learn from them. Over time, we hope this project will nurture a scholarly community that is equipped to rethink, in both intellectual and institutional terms, the very nature of the university and of the function it is meant to serve locally and globally. —