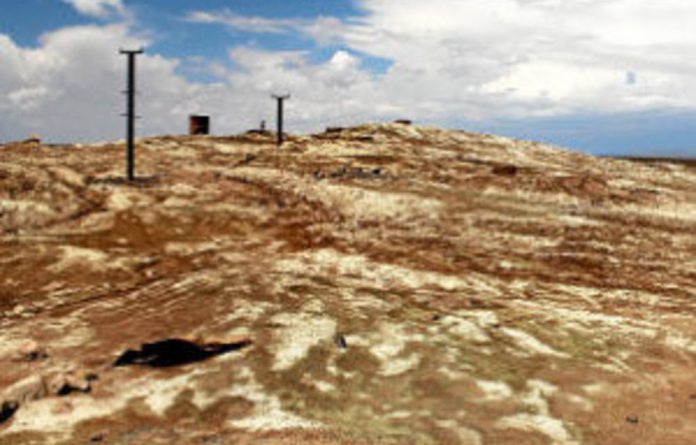 If thorium had been used instead of uranium as the fuel in Japan’s Fukushima nuclear power plant, there would have been no risk of a meltdown after the country’s devastating earthquake and tsunami. And South Africa has 18 000 tonnes of the material, according to John Prior of the South African Nuclear Energy Corporation.

A handful of the material could power London for a week, yet its supporters claim that the development of its energy-generation potential has been very slow in South Africa. In fact, at present there are no commercial thorium generators in use anywhere in the world.

But thorium enthusiast Eben Mulder, head of the nuclear science and engineering school at North-West University, sees a bright future for thorium-fuelled nuclear power. “The nuclear industry had a bad beginning,” Mulder said, “but thorium might give it a new start.”

To generate 1 000MW of electricity a power station requires five million tonnes of coal a year and 200 tonnes of uranium, he said. If a high-temperature reactor is used, a scant 25 tonnes of thorium — a small truck load — would suffice. Although there is some interest in thorium development in Europe and the United States, countries such as India and China are taking the lead. According to the World Nuclear Association, India’s nuclear power programme aims to supply 25% of the country’s electricity from nuclear power by 2050.

India was excluded from trade in nuclear materials for 34 years because of its weapons programme, which hampered the development of civil nuclear energy until 2009. Because of trade bans and a lack of domestic uranium, it has developed a nuclear fuel cycle to exploit its thorium reserves and it is the first country to take mainly thorium-based reactors to an advanced stage of development.

In 2002 the Indian nuclear regulatory authority approved construction of a prototype fast-breeder reactor that is expected to be on stream next year. It will be fuelled with uranium-plutonium oxide but will be blanketed with thorium and uranium to breed uranium-233 and plutonium.

The construction of another six such reactors has been announced, four of which should be completed by 2020.

This year China announced that it planned to launch a programme to develop a thorium-fuelled molten-salt nuclear reactor. The goal is to develop a new generation of nuclear energy systems in about 20 years. The idea of producing nuclear power from thorium is not new. At the dawn of the nuclear age it was one of a range of possible fuel choices.

“The first reactors in the US were in fact made to include thorium,” said Mulder. But the growth of nuclear power was closely connected with the Cold War and uranium was preferred because it is more easily adapted to weapons production. Uranium in its naturally occurring form, U-238, must be enriched in a breeder reactor to turn it into weapons-grade plutonium, whereas thorium is a by product of rare earths that occur in monazite, and is not easily converted for nuclear weaponry.

Theoretically, Mulder said, a bomb could be made from it. But because of the high-energy gamma radiation emitted by U-232, another isotope that thorium contains, the electronics required would be cooked before the weapon leaves the factory. South Africa has deposits of rare earths and thorium, the largest of which is at Steenkampskraal, 400km from Cape Town. Material from here was exported for use in demonstration plants in Colorado and Germany during the 1970s, but in the following decade China flooded the market and most mines in other countries closed down, Mulder said. Both the German demonstration plants closed down in the late 1980s after the devastating explosion at the Chernobyl nuclear power station in Ukraine.

Although some experts say it may be too soon to exploit thorium for energy generation, its supporters worry that time is running out. Willem van der Merwe, convener of a thorium conference to be hosted by the South African Institute of Mining and Metallurgy next year, believes the required systems should be installed now, before it is too late. “The problem is that the regulatory stuff is not in place; someone has got to get on the boat first,” he said.

Mulder pointed out that because uranium development had received massive funding over several decades, the present infrastructure formed part of South Africa’s weapons development legacy and was not suitable for thorium generation.

Prior said thorium was not commercially viable at present because the technology used to process it had lagged far behind that of uranium processing, which is well ­developed. “With thorium we are starting at day one and the development of these cycles can take 10 to 20 years.”

Richard Worthington, climate change programme manager at the World Wildlife Fund for Nature, said the global wildlife fund did not support nuclear power, regardless of whether it came from thorium or uranium. “I’m not sure what has happened to cause people to start talking about it again,” Worthington said this week. “Perhaps it is the failure of the pebble bed modular reactor.”

He said although the “supposed advantages” of thorium were less waste that remained radioactive for a shorter period than was the case with uranium, “nevertheless it is a major liability issue and the toxic waste is long-lived”.

Tensions escalate as Pakistan, India shoot down each other’s warplanes

While both sides have played down the threat of war, the rare aerial engagement over the disputed territory of Kashmir significantly raises the stakes
Read more
World

Mike Pompeo departed from Tokyo, where he spent the first leg of a tour that will include stops in Pyongyang, South Korea and China
Read more
World

Chernobyl’s stray dogs offered a new life in US

The 'Dogs of Chernobyl' programme, which started last year, offers dogs under one year-old up for adoption in the United States
Read more
Advertising