Gaddafi: Zuma to appeal for ‘sanity’ 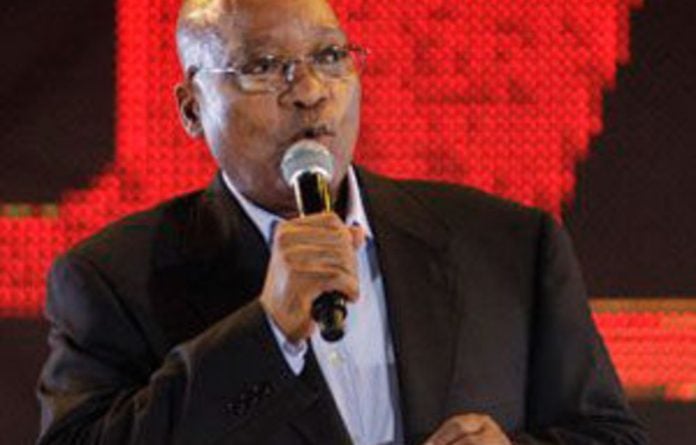 President Jacob Zuma will visit Muammar Gaddafi at the request of the Libyan rebels, who have asked him to persuade the Libyan leader to agree to a ceasefire, a senior security official close to Zuma has told the Mail & Guardian.

“Representatives of the rebels came to the president and asked him to please have a discussion with Gaddafi about the way forward,” the source said.

“The president is going to see if he can bring sanity to the issues. He wants to have a real discussion and for that to happen, more than three people in the room is a problem. He can’t take other people along.”

Zuma is visiting Libya as a member of the African Union high-level panel charged with dealing with the Libyan crisis.

Zuma’s spokesperson, Zizi Kodwa, said that the AU wanted the president to talk to Gaddafi in person.

“The AU appreciates the historical relationship between Libya and South Africa and therefore feels that the president is best placed for this mission,” he said.

Zuma blamed the Nato bombings for aggravating the Libyan crisis, Kodwa said. “The invasion by foreign forces didn’t help. It hardened attitudes on all sides.” He said the “big prize” would be if, by the time Zuma returned, Gaddafi had “an appreciation the situation”.

“The situation has deteriorated so badly, talks are needed urgently. You can flatten Tripoli, you can flatten Brega, but at some point, there will need to be talks.”

Kodwa said that due to the limited duration of his visit, Zuma would not be able to meet the rebels headquartered in Benghazi.

‘It is more than just Gaddafi and his family’
The security official interviewed by the M&G said that the crisis needed to be seen as broader than just about Gaddafi.

“It is more than just Gaddafi and his family. There are forces supporting him. We calculate that about 30 000 people in the tribes are loyal to him.”

The official said it was becoming clear that the continuing fighting in Libya would destabilise the region and would affect the rest of Africa, including sub-Saharan Africa.

“The only way is to sit down with Gaddafi and say ‘step aside and let’s talk about the way forward’. Zuma can do that only one on one.”

The official said that it would be risky for South Africa to fund the rebels and tell them “go forth and destroy” because “no one knows who the rebels are”.

“We don’t know anything about them. It’s not as if they are a democratically constituted group.”

He said the plan is for Zuma to convince Gaddafi that no preconditions will be attached to negotiations, in spite of Western countries insisting that the Libyan leader step down before the Nato bombings stop.

Zuma would then approach Nato to convince the multilateral body that Gaddafi had agreed to implement a ceasefire and conduct talks once the bombings stopped.

Diplomatic skills
However, the official said Zuma would have to use all his diplomatic skills, as Gaddafi was likely to resist anything perceived as undermining his stature.

“In Arab culture a man of his stature cannot be seen as weak, so compromise is a big thing for him. The new way will need to be sold to him so that it is not seen as a surrender or weakness,” he said.

Zuma was embarrassed by Gaddafi in March when he returned triumphant from a trip to Tripoli claiming his visit was a “huge success” and that Gaddafi had agreed to a ceasefire. It soon became clear that the Libyan leader had done no such thing and intended to continue fighting.

Since Zuma’s visit South Africa has frozen Gaddafi’s assets locally, but is still hosting Libyan ambassador Abdullah Alzubed, even though he has defected to the rebels.

Asked if this might affect Zuma’s ability to convince Gaddafi, Kodwa said: “In normal negotiations people may want to raise that, but we will want to ensure that we stick to the more serious issues at hand.”