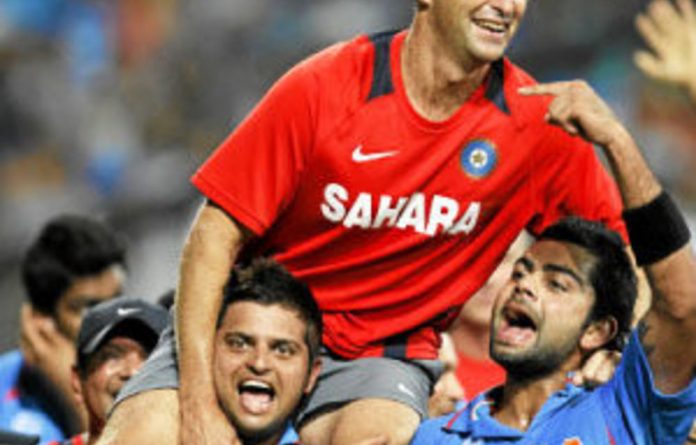 Gary Kirsten’s apparently “straightforward” appointment as the next Proteas coach may not be as simple as most pundits thought it was.

Despite the selection panel’s view that he is the best man for the job — and the unreserved support of beleaguered Cricket South Africa chief executive Gerald Majola — some of the final decision-makers are stalling over Kirsten’s “new philosophy” towards international coaching.

CSA’s board of directors has to approve the appointment (which pits Kirsten against only Richard Pybus and Dave Nosworthy, contrary to amusingly wild speculation about other international names) and they are a notoriously out-of-touch, easily influenced and conservative bunch.

Instead of seeking confirmation from the horse’s mouth, many find it easier to read or listen to idle speculation and form an opinion based on that. For example, when this publication suggested a month ago that Kirsten might employ and empower some “lieutenants” to cope with the endless months of touring, it was lazily interpreted as “separate coaches”.

Nothing could be further from the truth. The notion that Kirsten could even contemplate being a “part-time” coach of the Proteas, or share the head coach duties, is hilariously wide off the mark. Only those who have no knowledge of the man, his ways and his motivations would even suggest that he would want to “skip minor tours”, as has been written.

Kirsten is trying hard to keep a low profile while his fate is being decided, but he is not afraid of admitting that a failure to be appointed now would not leave him devastated. “I have many projects I want to pursue, so much that I can work on, not just my [cricket] academy,” he told the Mail & Guardian this week.

“It has become totally clear to me in recent years how much I love coaching, in the broadest sense, and how much I want to pursue my career in that direction. In an ideal world the chance to coach the Proteas might have come along in a few years’ time, but when I was approached and asked to apply I couldn’t refuse. That second chance might not come around,” Kirsten said.

It is his reference to coaching in its “broadest sense” that sheds the most light on what makes Kirsten different. It is ironic that “coaching the man” instead of “coaching the cricketer” was pioneered at national level by Eric Simons and then pursued, to a lesser degree, by Mickey Arthur.

But whereas Simons was simply ahead of his time, with a group of players too old to have open minds and too immature to grasp life coaching, and Arthur sometimes lacked the international record to command the respect of his players when it came to lifestyle issues, Kirsten has no problem.

“Gary naturally commands respect. He is exceptionally hard working, he is honest to a fault and he is a brilliant empathiser and listener,” said Paddy Upton, his assistant coach for three years in India.

With Simons, long-time friend and mentor on board as the Indian team bowling coach for the final year, Kirsten was surrounded by men he knew and trusted implicitly. With the added input of executive coach Dale Williams, cofounder of the coaching business PerformanceZone with Kirsten and Upton, Kirsten did not just coast in a comfort zone, he grew and thrived.

But that network will not be in place if — and when — he takes charge of the Proteas. His talent cannot be disputed. Every player with whom he has worked, from Sachin Tendulkar onwards, has benefited from his time with him. But is that method sustainable without his allies?

Upton harbours ambitions in the fields of business and management leadership while maintaining a desire to stay in cricket in a consultancy capacity. Simons has been retained as the Indian team’s bowling coach and, having had his time as national coach, would find it difficult to return to a full-time position in the Proteas camp. Williams is an inspirational figure in the world of business and has been able to transfer that knowledge to Kirsten through the filter of the cricket-specific knowledge of his partners.

But without Simons and Upton, and with Kirsten latched full time to CSA, would there be enough support for him to weave the magic he did with India?

It still seems highly likely that Kirsten will be officially confirmed as coach on June 6. The micro dynamics of how he was successful in India and how he could be again for South Africa may not be a factor in the selection panel or the board’s considerations. But if it is and they add that uncertainty to his infinitely wise (but status quo-threatening) assertion that one coach cannot possibly reach maximum effectiveness by being on the ground for 10 out of 12 months a year, they may simply decide that he is not worth the risk.

Then we will return to what we have had before. A good or even very good coach. Someone who can guide the national team to many series victories, in Tests and one-day internationals, but perhaps without the ability to solve the “big match” conundrum that has existed for so long.

Is Kirsten intimidated by the pressure and weight of expectation from the South African public to win the World Cup? Of course not. “I’ve done that already,” he said, laughing. “If I’m given the job then I know exactly what the expectations are. I will put all my effort and energy into giving the Proteas the best chance of success on the field.”