Journalists under siege in Uganda 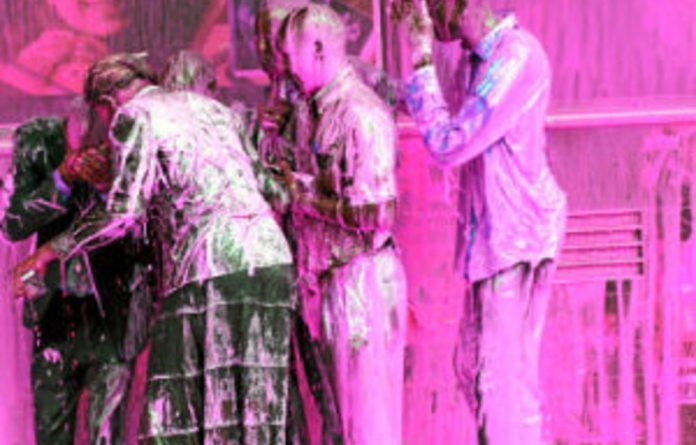 When it comes to statements by the “big men” of Africa’s various governments, the rule is the greater the frequency, the less the impact.

Because he regularly interrupted news broadcasts with frivolous announcements, the international press paid little heed to Kenya’s President Daniel arap Moi’s pronouncements in the 1980s, for example. Every day, he seemed to be opening a new school or announcing another appointment to a new state board.

But after months of trumpeting his achievements, papering the country with billboards and publishing editorials promising to make Uganda a middle-income country by 2016, President Yoweri Museveni made the local and foreign press sit up.

Denouncing the press as “enemies” for reporting on anti-government protests, he blamed journalists for inciting the violence that has left at least nine dead since March. “The media houses, both local and international, such as Al-Jazeera, BBC, NTV, the Daily Monitor, that cheer on these irresponsible people are enemies of Uganda’s recovery and they will have to be treated as such,” Museveni wrote in the state-owned New Vision newspaper.

In a country with a range of boisterous independent newspapers and radio stations, the anti-media editorial may have come as something of a surprise to many.

But to Uganda watchers it is part of a deteriorating pattern in the country in which the press is becoming more restricted in how it operates the longer Museveni, now in his 25th year of office, stays in power.

“There appears to be concern and paranoia in government that criticism of the ruling party could gain traction,” Maria Burnett, a senior researcher at the Africa division of Human Rights Watch, said this week.

Presidential attacks on the media have been coupled with the growing informal harassment of many journalists as the opposition has stepped up protest against rising food and fuel prices in recent weeks. At least 10 have been attacked, said Paris-based Reporters Without Borders. Two have landed up in hospital, including Gideon Tugume, a journalist with Uganda’s Capital FM radio station, who was shot in the leg with a rubber bullet.

In spite of the fact that Tugume held his identity card in the air and shouted: “Don’t shoot me, I’m a journalist,” a police officer turned his gun on him and fired directly at him on May 12, when opposition leader Kizza Besigye returned from Kenya.

Besigye had been receiving treatment for injuries inflicted during a protest two weeks previously and thousands of Ugandans lined the route from Entebbe airport to Kampala to cheer him on his return.

“His colleague was firing indiscriminately, but this officer aimed directly at me,” said Tugume, who is still receiving treatment for his injury.

“Things are getting worse here. The police have started taking our phones and recorders and escorting us home. On another occasion in a downtown market, they said they would shoot us.”

The government denies that journalists are being deliberately targeted, saying that when officers have shot journalists they have done so under pressure when they have been surrounded by violent crowds.

But with the government proposing a constitutional amendment that will result in the imprisonment of anyone accused of “economic sabotage” for at least six months rather than releasing them on bail the same day, some journalists fear that they will soon become targets of the law.

“Museveni has previously accused journalists of economic sabotage, so the amendment is worrying,” said Tom Rhodes of the Committee to Protect Journalists. Rhodes said that the crackdown was indicative of a growing insecurity in the government about its hold on power.

“Just when a government is worrying about its legitimacy, it starts to crack down on the media.

“You’ve seen this with Robert Mugabe in Zimbabwe and, to an extent, in Ethiopia, with Meles Zenawi. What makes the situation in Uganda particularly acute is that the country has a history of a free press.”

No matter who is in power, Ugandan journalists say they will continue to report the news as they see it. “The government says we are members of the Forum for Democratic Change (Besigye’s opposition party). But we don’t have an affiliation to any party,” said Tugume. “The truth must be balanced, which means we must be free to report what is happening, whether they like it or not.”