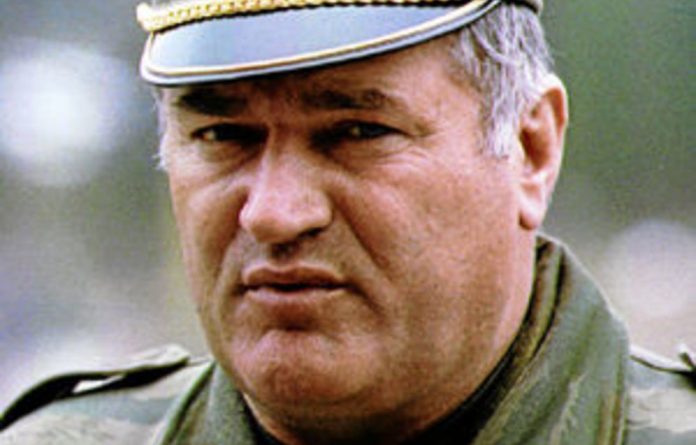 Serbian police have arrested Ratko Mladic, the Bosnian Serb military leader wanted by the United Nations for war crimes committed during the Bosnian war, including the Srebrenica massacre.

The detention of the man believed to be Mladic — who had let it be known that he would rather kill himself than be arrested — was disclosed by a Serbian interior ministry official.

“He has some physical features of Mladic. We are analysing his DNA now,” the official said.

Mladic has already been indicted by the International Criminal Tribunal for the former Yugoslavia for alleged genocide and other crimes committed during the Bosnian war. The European Union said it had every reason to believe the arrested man was Mladic but was awaiting confirmation.

A family friend of Mladic confirmed to Reuters that the former general was being held by Serbian intelligence.

Mladic, now 68, is wanted as the commander of the 44-month-long siege of Bosnian capital Sarajevo that killed more than 10 000 people and for the massacre in July 1995 of up to 8 000 Muslim men and boys at Srebrenica.

United States and Serbian authorities have offered rewards of up to $19-million for information leading to Mladic’s arrest. According to Croatian newspaper Jutarnji List, the man believed to be Mladic was living under the pseudonym Milorad Komadic.

The paper reported that the secret operation to arrest him came after a tip-off that Komadic “possessed some identification marks of Ratko Mladic and was physically very similar to him”.

Mladic had lived openly in Belgrade for a number of years but dropped out of sight after 2001. Before then, there had been credible reports of his dining in fashionable restaurants and attending football matches.

Radovan Karadzic, the wartime political leader of the Bosnian Serbs, was arrested in 2008.

In recent years several of Mladic’s former allies have surrendered to the war crimes court as Belgrade has come under increasing pressure to cooperate with it. They include Radivoje Miletic and Milan Gvero, both accused of involvement in ethnic cleansing.

The arrest of Mladic and his surrender to the tribunal in the Hague has been a condition of Serbia’s bid to join the European Union. —

This unrest evokes a third intifada