The big issue with nanotech 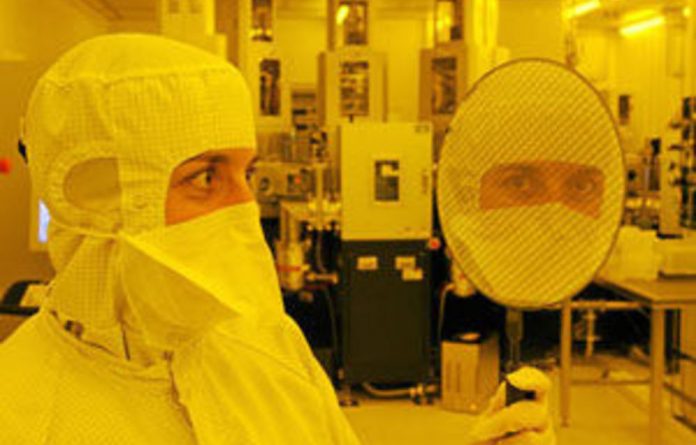 So isn’t it time for some public discussion about how South Africa scores on the indicators declared in that report?

The department has spent at least R450-million on nano­science research and in 2006-2007 about R500 000 on awareness-raising. Nanotechnology, it is predicted, will underpin 10% of the world’s ­manufacturing jobs by 2014. The futurist Ray Kurzweil demonstrated in a lecture at MIT in 2005 that this type of technology increases exponentially, not gradually.

It is estimated that some 1 300 products already use nanotechnology: tennis racquets, food wraps, cosmetics, footwear, bulletproof vests, optics, medical sensors, drug capsules, paints, printing, solar and fuel cells, quantum computing — the list, for the non-scientist, is varied and bewildering. Is the science running ahead of public understanding?

Is this an instance of what I argued in Getting Ahead earlier this year, that the public dissemination of knowledge is not sufficiently incentivised in South Africa (“Publish or be damned”, February 25)?

Nanotechnology involves the control of processes and products at the atomic or molecular level — that is, at scales 80 000 times thinner than a human hair. The underlying elements might be carbon, silicon, silver or gold, but scientists have acquired the ability to manipulate them at nanosize only in the past two decades — a development that is linked to improvements in computers and microscopes.

Certainly, for those on the inside expert track, there is a busy world of nanoconferences, nanojournals and nanoexhibitions out there — the one held in Tokyo last year attracted 42 381 visitors. But where are we in this country? In 2002 some South African university-based nanoscientists helped start up the South African Nanotechnology Initiative (Sani).

This initiative contributed to the science and technology department’s nanotechnology strategy, leveraged research money and implemented an awareness-raising project within the science community at Scifest Africa in Grahamstown and the Sci-Bono Discovery Centre in 2008 and also by means of university roadshows. But the Sani website is no longer viewable.

Is this because nano-academics are indeed disincentivised from communicating publicly? If we are to meet strategy indicators such as attracting foreign investment, then South Africa’s nanotechnology needs to be showcased more than it is in trade and investment media outlets. But there might also be some good news here.

The indicator of the nanotechnology strategy that aims to improve the quality of life for the disadvantaged is reflected in the Water Research Commission’s recognition last year that nanoparticles can be used in water treatment. It is also acknowledged that nano-drug capsules will have a big effect on therapeutics.

Yet there are sentences in the 2006 strategy that need pondering. For instance, it refers to “legislative instruments for best practice in industrial and environmental safety standards”. The Landmark Europe 2009 report reflected Euro-discussions on “regulatory gaps”, for example, where the requirements for reporting on industrial hazards are framed in volumetrics that are too large to capture nanoscales.

Similarly, media and NGOs such as Greenpeace and Friends of the Earth have raised the alarm on health, safety and environmental grounds. It has been suggested that carbon nanotubes in their pre-fixed form, floating about a factory, can damage workers’ lungs in a way similar to asbestosis. Nanoparticles can penetrate membranes and cross into the brain and blood, for example.

Another concern derives from the prediction that one long-term nanodevelopment in medicine will involve placing sensors in the body. This has given rise to “Frankenstein fears” — the notion that such sensors could, like intelligent robots, take over our brains because of the connections between nanochemistry and ­information technology.

As with any new technology, some of the dangers may be easy to watch out for (such as interactions with biological material at the cellular level). But others could be unexpected, and this prospect has generated the kinds of horror scenarios — such as rampant plastic-destroying molecules — that have led to calls for a moratorium on nanotechnology in general.

Developing countries have to be as vigilant as developed ones. This means that they need to build regulatory frameworks and train specialists to ensure they are complied with. Can we trust the nanoscientists to be alert to all the hazards?

Some of the language they use, such as “substantial equivalence”, is applied also to genetically modified (GM) science, where it provoked such fierce scepticism that most European nations, and some African ones such as Zambia, at first rejected GM agriculture and food products until a World Trade Organisation ruling in 2004 that ignored United Nations bio-safety protocols. So if business is to adopt nanotechnology, it would be prudent to encourage public understanding of the processes and transparency about the hazards.

But is South African legislation taking account of nanorisks adequately? Take a look at the new consumer law: it is hailed as progress — but it ignores the environmental concept of the whole life cycle of a product. Who is liable when a consumer throws away a product full of nanotubules that then float freely into shacklands?

Most South African manufacturers and retailers don’t even assist with the disposal of hazardous low-energy light bulbs and no “life cycle of products” law compels them to do so. In 2002 the European Commission adopted a precautionary principle — don’t make or market something about which there is not enough scientific data to prove there is no hazard. But it is not only the scary science that should stir public discussion; it is also the economic effects.

Technological progress in general may be gradual — or it may be disruptive. Judging by the pronouncements of futurologists such as Kurzweil, nanotechnology is advancing so fast that its economic effects are likely to be drastic. For example, nanotechnology makes it possible to manufacture diamonds at nanoscale. Will that make diamond mining obsolete?

Socioeconomists who track the progress of new technologies sometimes notice that the eventual harm is not so much in the actual science as in the social or economic effects, such as seed hybrids deskilling farmers or GM strengthening multinational corporate control of local agriculture. Capitalism thrives on new inventions that need investment, but there is the risk that the greed for profits, for new sales, can overwhelm the public need for the products.

So it is good that South Africa’s nanotechnology strategy places public need as its first criterion. However, the list of nanoproducts is so diverse and exciting that economic choices will have to be made about which are the most worthwhile, especially in a country that is short of savings and venture capital.

Nanotechnology research is also widening the gap between rich and poor countries: in 2003 Japan invested €6 per citizen, the United States 3.7, the European Union 2.4 — compared with 0.13 in South Africa (measured by the first disbursement from DST). Even at the level of the research science, choices have to be made about which projects receive grants from public research money.

The Sani website made a good start by listing some of the research projects and declaring that there are some 10 firms in its network — some of these with their logos beaming on the site. By contrast, though, is the much greater investment in Europe where at least 50 firms belong to the Nano Industries Association.

This association, as well the German Association of Chemical Industries and the British Standards Institute, has led the way in formulating standards that will protect the public and their employees from nanohazards. So can’t South Africans just follow their lead? Yes — and no. Most expert-published discussions about the novel hazards of various nanoproducts state that these have to be examined case by case.

In other words, generalised regulation will not be enough — each process and product has to be assessed. With such a fast-developing technology, it is mainly market vigilance that enforces compliance. This requires enough people in a given society who are sufficiently alert and informed.

In South Africa the department of science and technology has funded this since 2008 through the Nanotechnology Public Engagement Project, which placed a full page advertorial in the Mail & Guardian on April 8 — but with the wrong URL. However, if you use the correct URL — www.saasta.ac.za — you’ll find plenty to read and some glowing, full-colour depictions of nanomatter.

The site also proclaims: “Nanotechnology, unlike other technologies, can find applications in virtually all areas of human life. In spite of being an infant at its evolution, some of the known issues related to nanotechnology suggest a wide spectrum of potential societal impact. “It is for that reason that the cultivation of a climate of public discourse is essential to provide an opportunity for a society to switch from a merely passive, observational role to an active participating one.”

Once again, then, this becomes an argument about knowledge dissemination and the need to enlighten the South African public about research and development that the fiscus pays for. So: Which nano products are in a shop near you — and are they labelled? (Hint — start with the suncream selection.)

What is SA’s nanotech strategy?
The summarised indicators published in the 2006 nanotechnology strategy for South Africa:

Charlotte Mbali retired from full-time employment in the Centre for Higher Education at the University of KwaZulu-Natal in December 2008. She is still involved in research supervision and adult education

Bionic mushrooms are a thing now

​Nanotechnology may one day unlock a mind trapped in the body