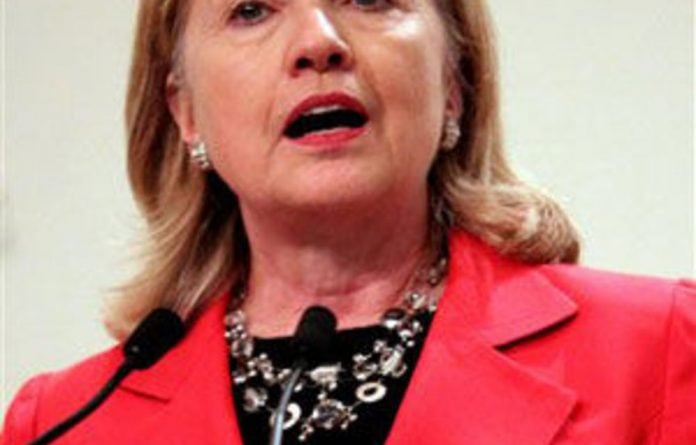 United States Secretary of State Hillary Clinton said on Friday she was even more committed to Pakistan after Osama bin Laden’s killing, but said the country needed to do more in its battle with Islamist militants.

Clinton is the most senior US official to visit Islamabad since relations between the wary allies went into freefall over the US Navy Seals raid on May 2 that killed the al-Qaeda chief in the city of Abbottabad.

The discovery that the world’s most-wanted man was living just a stone’s throw from Pakistan’s equivalent of West Point raised troubling questions about whether anyone in the Pakistani establishment was protecting him.

She said the US had “absolutely no evidence that anyone at the highest level of the Pakistani government” knew where Bin Laden was and said she would return to Washington “ever more committed” to the relationship.

“This was an especially important visit because we have reached a turning point. Osama bin Laden is dead but al-Qaeda and his syndicate of terror remain a serious threat to us both,” Clinton said.

“There is a momentum toward political reconciliation in Afghanistan but the insurgency continues to operate from safe havens here in Pakistan,” she added, saying she believed that Pakistan and the US had the same goals.

Pakistan has suffered a wave of attacks since the May 2 raid, with the country’s main Taliban faction vowing to strike Pakistani and American targets to avenge his death in the American raid.

On the eve of Clinton’s visit, 35 people were killed in a suicide car bombing outside a Pakistani police station in the north-western town of Hangu late on Thursday.

Deeply unpopular
Islamabad’s alliance with Washington is deeply unpopular in Pakistan, where the Bin Laden operation and a CIA drone war against militant commanders in the tribal belt fuels widespread anti-American sentiment.

“America cannot and should not solve Pakistan’s problems. That’s up to Pakistan,” she said.

“Pakistan should understand that anti-Americanism and conspiracy theories will not make the problem disappear,” she added.

The chairperson of the US Joint Chiefs of Staff, Admiral Mike Mullen, who accompanied Clinton in her meetings, went on to plead for greater cooperation between the two wary allies in the war against the Taliban and al-Qaeda.

Clinton denied that the meetings were tense and said she had heard Pakistan commit to “some very specific action”, saying the country deserved more credit for its efforts in the war on militants.

“We both recognise there is still much more work required and it’s urgent.”

Her visit was seen as an effort to demand more cooperation from Pakistan in the fight against al-Qaeda and Taliban militants but also to smooth over relations with Islamabad humiliated by the US raid that killed Bin Laden.

Kayani has said any similar raid would prompt a review of military cooperation with the US and Washington is reducing the strength of US military personnel to a minimum following a request from Islamabad.

Double game
Western officials have long accused Pakistan’s intelligence services of playing a double game by fighting Islamist militants who pose a domestic threat, but protecting those who fight against American troops in Afghanistan.

“They are now having to look at some very tough questions that they either tried to avoid or which they gave inadequate answers to before,” a senior US official told reporters travelling with Clinton.

The US has long put pressure on Pakistan to lead a major air and ground offensive in North Waziristan, the most notorious Taliban and al-Qaeda bastion used to launch attacks across the border in Afghanistan.

Pakistan has always maintained that any such operation would be of its own time and choosing, arguing that its 140 000 troops committed to the north-west are too overstretched fighting against militants who pose a domestic threat.

Pakistan has been fighting home-grown Taliban for years in its north-west and militant attacks have killed more than 4 400 people across the country since July 2007 in revenge for the government’s US alliance. — AFP