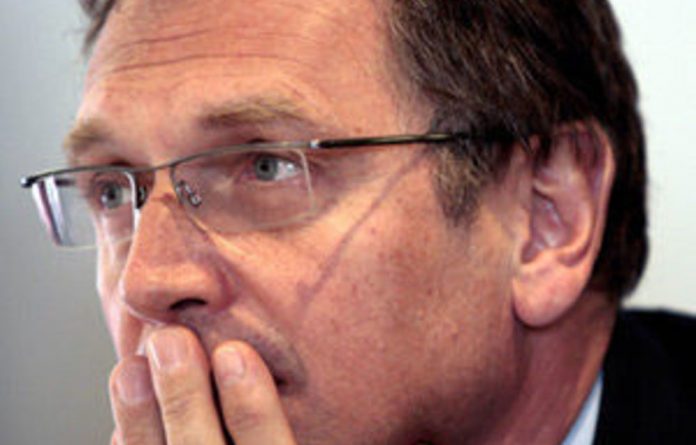 Fifa secretary general Jerome Valcke confirmed on Monday that he sent a private email suggesting Qatar had “bought” the right to host the 2022 World Cup.

The email was made public by Fifa vice-president Jack Warner after he was suspended by Fifa on Sunday over bribery allegations in Qatari Mohamed bin Hammam’s campaign to replace Sepp Blatter as its president.

“For MBH [Bin Hammam], I never understood why he was running,” Valcke told Warner in the email. “If really he thought he had a chance or just being an extreme way to express how much he does not like anymore JSB [Blatter]. Or he thought you can buy Fifa as they bought the [World Cup].”

Valcke, speaking before attending a Confederation of North, Central American and Caribbean Association Football (Concacaf) meeting in Zurich, said: “It was a private email and we will discuss it. He sent me an email asking if I want that [Bin Hammam to run], he said that I should ask Bin Hammam to pull out.”

Asked whether Valcke’s assertion about Qatar 2022 in the email was true, Bin Hammam responded on Monday by saying: “What do you think?

“You would have to ask Jerome Valcke what he was thinking,” he told the BBC when asked about the email’s contents. “I don’t know why he has said that. If I was paying money for Qatar you also have to ask the 13 people who voted for Qatar.”

The allegations were also dismissed by Qatar’s 2022 World Cup organisers.

“Qatar 2022 categorically deny any wrong doing in connection with their winning bid,” organisers said in a statement. “We are urgently seeking clarification from Fifa about the statement from their general secretary. In the meantime we are taking legal advice to consider our options.”

‘Gift’
Fifa is meanwhile still looking into claims made in a British parliamentary inquiry that two African Fifa executive committee were paid $1.5-million in bribes to vote for Qatar in the December ballot.

CAF Football president Issa Hayatou and Côte d’Ivoire’s Jacques Anouma — also members of Fifa’s executive committee — have strongly denied any wrongdoing. The evidence was submitted by the Sunday Times to a British parliamentary inquiry, having been unable to publish parts of an undercover investigation for legal reasons.

Fifa is still hoping to speak to the newspaper’s whisteblower.

Both Bin Hammam and Warner have been suspended by Fifa after an ethics panel on Sunday found there was sufficient evidence to further investigate allegations that they offered $40 000 bribes to delegates at a Caribbean football association meeting earlier this month ahead of the presidential election on Wednesday.

Warner, the now-suspended president of Concacaf, said he told the panel that Blatter gave a $1-million “gift” of Fifa money to a meeting of Concacaf to spend “as it deems fit”.

Warner said the money given to Concacaf — the regional body for North, Central America and the Caribbean — “annoyed” Uefa president Michel Platini.

“It’s not like that, it was a joke with me and Mr Blatter,” Platini said. “He can give the projects that he wants to give. I joke, I said, ‘But Sepp this was not accepted by the committee’, — but he can give many projects to many national associations and we will confirm in the Goal project after.

“In many congresses for many, many years the president can give one or two projects to national associations — he has his own budget and he can give to one confederation and then it has to be approved of course by the executive committee next time.” — AP