Libya to assist SA in search for Hammerl’s remains 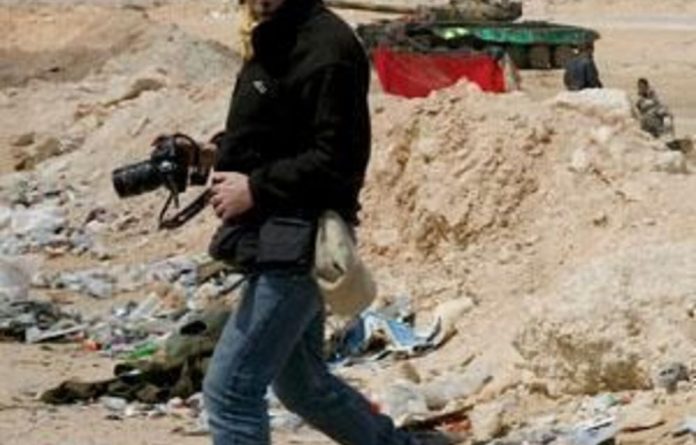 The Libyan government has agreed at “the highest level” to help South Africa search for the remains of slain photographer Anton Hammerl, the international relations and cooperation department said on Tuesday.

“The president did raise the matter with Colonel [Muammar] Gaddafi and we have also passed on the information that we have at our disposal that points to possible areas where the remains could be and where the search should be directed,” said spokesperson Clayson Monyela.

“There is a commitment that the matter will receive attention from the Libyan authorities at the highest level.”

Monyela said the South African government would work with the Hammerl family to “discuss the proposals made by the Libyan authorities, and also government’s own proposals on how to take the matter forward”.

“President [Jacob] Zuma was encouraged by the cooperative manner of the Libyan authorities,” said Monyela.

Hammerl, who held dual South African and Austrian citizenship, was covering the conflict in Libya when he was shot by militia loyal to Gaddafi near the town of Brega.

According to American journalists Clare Gillis and James Foley and Spanish photographer Manu Brabo, Hammerl was left to die in the desert after the three were arrested.

‘Devastated’
Nkoana-Mashabane said the government was “really, really devastated by the demise of Anton Hammerl”.

“The sad reality and the most painful thing, I think, for his wife, his children, his family and friends, but in particular the colleagues he was with on that fateful day, was that they almost got sworn into secrecy themselves, that for their own safety, they could not say a word until they were released,” said Nkoana-Mashabane.

“And as we said earlier on in the press conference, our officials had to follow the released journalists across the border to Tunisia to listen to the trauma they had gone through of being sworn into secrecy for 44 days about the whereabouts and the demise of Anton Hammerl.

“I know that I would not be justified to say may his soul rest in peace until we are able to miraculously find his remains in that desert and bring the remains home.

“Libya remains a war zone, so it’s going to be quite an arduous task to search for his body.

“We will spare no effort …,” Nkoana-Mashabane said.

Before the trip, Zuma said he would ask Gaddafi about Hammerl, whose remains have not been found.

The Hammerl family had sent Zuma a letter, pleading with him to help locate Hammerl’s remains so that he could be buried in South Africa.

Hammerl was shot on April 5, but news of his death arrived more than six weeks later, when the three journalists were released and told his wife they had witnessed him being shot.

South Africa accused the Libyan government of lying about Hammerl, after it assured officials he was safe even though it knew he had been killed. — Sapa