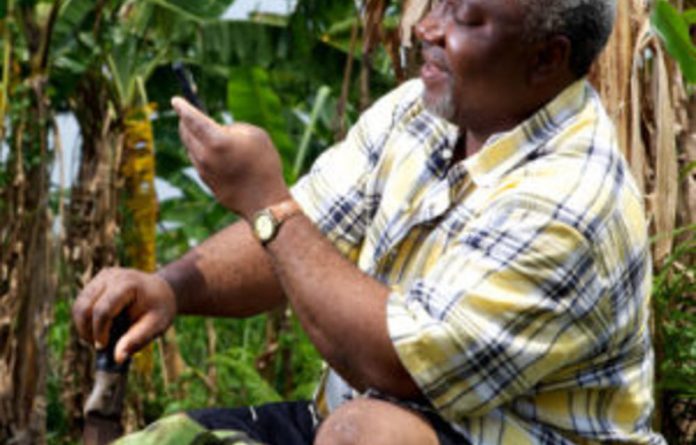 Wireline revenues are down an average of 5% worldwide annually over the past five years. In mature markets, wireless data services offer a glimmer of hope, but basic services are nearing saturation.

At the same time, the market for cloud-based services is growing at a rate of 26% CAGR and expected to become a US$89 billion market by 2015.

Consider how the Web has evolved and smart devices have changed human behaviour. Every provider has to define their strategy right now because there is a huge opportunity for creating new value for their customers. And companies who choose to seize on the cloud-based computing opportunity can fundamentally shift to new business models and strengthen their core business by making it more efficient and effective.

Craig Holmes, telecommunications and industrial sectors executive at IBM SA, says that this will help open up a $89-billion market opportunity for communication services providers. Some 40-50% of that will come from delivering new services to small and mid-sized companies. The complexity for telecommunications companies are often their legacy systems.

Getting these systems upgraded when you simply can’t turn one system off and the other on, as any miscalculation or incorrect setting could bring the network down makes the complexity more impactful. In the past telecommunications companies were mostly local affairs, run on a country-by-country basis with only ownership linking one operation to another.

This was the legacy of the way that the telecommunications industry evolved with companies, expanding through acquisition or needing to get new operations up and running as quickly as possible to take advantage of new market opportunities.

In the African telecommunications environment the massive growth that has been seen over the past decade has created an environment where operational efficiency has been less important than ensuring that services are expanded as rapidly as possible.

This is in contrast to the experience in more developed markets where subscriber numbers have stabilised and companies are increasingly looking to reduce operational expenses.

“In developed markets telecommunications operators with networks in multiple countries are finding the best from all their operations and rolling out a standardised set of services across multiple geographies,” says Holmes.

The need for telcos to improve their efficiencies and find new ways of doing business is not only being driven by slowing growth in their traditional voice market, but also from competition from non-traditional rivals such as Apple, Amazon and Facebook.

What these, non-traditional, competitors are doing is to leverage the strength of cloud computing to deliver the kind of value-added services that a few years ago the telecoms operators were hoping to use to boost flagging voice revenues.

“Much of the efficiency comes not in the way that companies run their actual systems, but rather in improving the way they develop and test new systems, efficiencies that are then transferred to the live systems,” he says.

He explains that the efficiencies offered by the cloud-computing model, specifically in the allocation of infrastructure enables companies to provide resources to parts of the organisation that are developing new systems and allocate, not only the right amount of resources, but also to allocate those resources for the amount of time they are needed for. It is also possible for organisations to pull back the allocated resources to a central pool and re-allocate them once the development and testing phase of the project is over.

For telecommunications operators in Africa the issue of scarce skills is an ever present one and introducing an element of centralisation to the equation offers not only better control of projects, but also allows the operators to reduce the cost of developing new systems.

“While it may be possible for some operators to share certain operational resources across multiple countries, there are often regulatory obstacles preventing operators from holding customer information outside a country that result in each network having to run its own systems, as opposed to having them centrally run for multiple networks,” he comments.

“In the past bandwidth into and out of Africa was a key issue preventing the integration of systems but with the new submarine cables linking the east and west coasts of the continent to the rest of the world has largely resolved this issue.

“When it comes to the business environment, the delivery of public cloud services is largely restricted to the small and medium business market, where issues around cost are particularly pertinent. These services are reliant on the ability of telcos, both fixed-line and mobile, to deliver connectivity at a reasonable cost to the users,” he says.

The challenge that telcos are facing is that they are being increasingly marginalised by service providers, which are providing the services that consumers want to use across the networks provided by the telecoms operators.

However, far from becoming a ‘dumb pipe’ as was the risk a few years ago, network operators are a vital link between consumers and businesses and service providers, be they locally based or an international companies.

This requires that network operators work smarter and in order to ensure that all users get the service they expect. This is the next step for communications service providers – the transformational moment is here.”