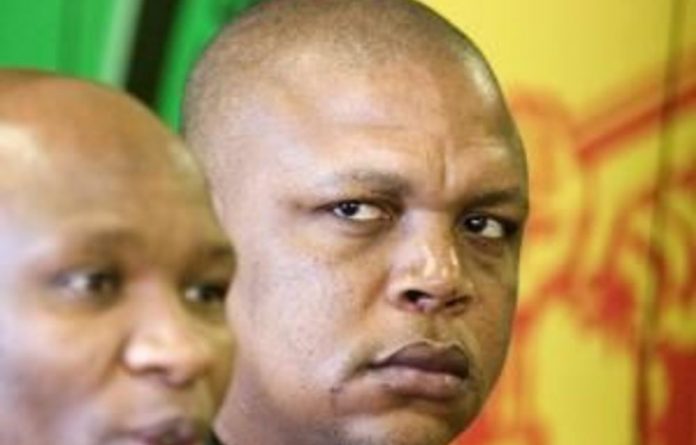 With its upcoming conference the ANC Youth League is planning to ensure freedom from economic hassles for the organisation by selling access to ANC leaders in its on-site business lounge.

A cool R50 000 per business person could buy four days of lounging with ANC and youth league leaders — from June 16 to 19 — which includes breakfast with President Jacob Zuma and access to closed sessions of conference, where “history will be made”, said league treasurer Pule Mabe.

Four packages are available ranging from the Anton Lembede package for R50 000 up to the Walter Sisulu package for R180 000, which allows the buyer to bring four guests along for company in the snazzy business lounge that will be created at Gallagher Estate in Midrand, the venue for the conference.

According to Mabe the more you pay the closer you get to the powers that be.

“If you take the more expensive packages it will influence where you sit during the breakfast. You will sit in a much more prominent space and you won’t be stuck in a corner.”

Selling connections
To pay R50 000 may be steep for a young entrepreneur, but Mabe said it would be money well spent.

“It will connect your small entrepreneurs with somebody who is running a big mining company. So you’ll be able to share experiences and information.”

He said this fitted in with the league’s eventual aim — to ensure economic freedom for young people.

“It is consistent with our theme of economic freedom in our lifetime, so there is no point in being economically free and not knowing what to do about it.”

Mabe feels this is also an opportunity for the league to display itself in a more favourable light than has been the case in traditional media.

Business people who buy these packages will also be allowed to sit in on closed sessions of the conference.

“They will be there when nominations take place,” said Mabe.

The conference is expected to generate great public interest as it may see controversial league president Julius Malema re-elected or unseated.

Companies have already contacted Mabe with offerings of sponsorships and branding at the conference — ranging from cars to computers and beverages.

Magashule and parliamentarians will continue to receive cushy salaries during suspensions