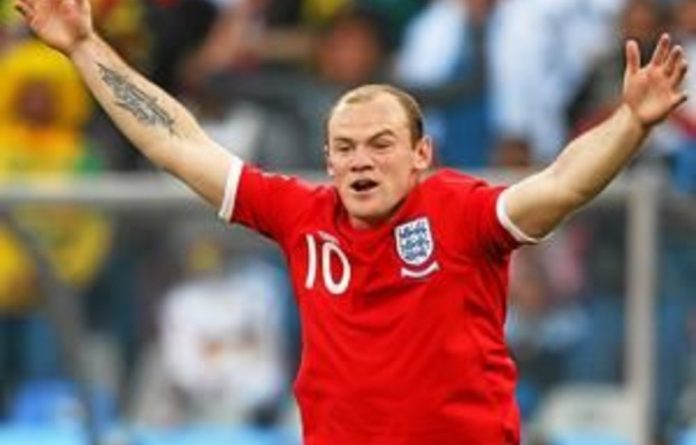 The worst thing about the ongoing kerfuffle over super injunctions in the United Kingdom is that it keeps forcing me to contemplate the extracurricular activities of men who kick balls around lawns for a living.

Since I’m not into sport, I simply don’t “get” the deification of footballers. I can see they’ve got a demanding physical task to do and I can appreciate that some do it better than others, but that’s the extent of my understanding.

When they’re not at work, what’s so interesting about them? Seriously, what? It’s like living in a world in which half the population has inexplicably decided to worship shire horses. But as if that wasn’t strange enough, they are not content simply to admire the animals’ ability to pull brewery wagons, they also want to know what the horses get up to back at the stables.

And when Dobbin goes on a hay-eating binge, or tries to mount a donkey, not only will they voraciously read all about it, they’ll judge him for it. They’ll phone HoofTalk FM to pontificate on air about what a bad horse he is. In behaving like a simple horse, Dobbin, who is richly rewarded with nosebags and thoroughbred fillies, has committed the ultimate crime: he’s set a bad example to their children.

I don’t have kids, but I know enough about parenting to state the following with confidence: any parent who is genuinely concerned that their child’s worldview might be hopelessly altered by the unruly behaviour of a footballer has failed as a parent.

Footballers, we’re told, should be role models. A few months ago Wayne Rooney swore into the camera during a live televised football match and the world reacted as though he’d burst into a toddler’s birthday party and brutally molested a duckling. The consensus was that he was being a bad role model.

Rubbish. He was being a brilliant role model. He’d just scored a hat-trick — thereby excelling in his chosen field — when a cameraman (who, by all accounts, wasn’t supposed to be standing that close to the players) poked a lens in his face. At which point, Rooney demonstrated an entirely healthy instinctive disdain for the cameras, for the media and, ultimately, for all the hoopla surrounding his primary task, which is kicking balls into nets.

Conversely, anyone who took to the airwaves to huff and whine about Rooney being a poor “ambassador for the game” was an abysmal role model for children. Remember kids, it’s not how you play the game that matters, but how prosaically servile you are in front of the cameras. The role-model argument is often tied to another popular bone of contention about prominent sports folk: their bank balances.

On the debate programme Question Time on the BBC recently, a member of the audience expressed her disappointment with Ryan Giggs, saying that his off-pitch behaviour was of particular concern because “we pay his wages”. Presumably, she works in the human resources department of Manchester United.

Athletes earn astronomical sums because that’s how society has chosen to reward them. It’s wonky and demented and I don’t understand it, but that’s the way it is. Corporations, the media and the public have somehow conspired to create that environment. They designed, dug and filled the ornamental fishpond — now they complain when the goldfish shit in the water. Ah, yes, right, but footballers aren’t content to rake in obscene amounts of money just by kicking balls around.

They sign lucrative sponsorship deals and advertise soft drinks and razor blades. And in those commercials, they’re depicted as nice guys. But now we know they’re not nice guys! They traded off their image! It’s a lie! They owe us! They owe us!

No they don’t. They owe the sponsors, maybe, if they signed a contract promising to behave like Saint Agnes of Rome. If you, the consumer, are suggestible enough to buy a particular brand of aftershave just because a footballer sploshed it round his cheeks on a billboard, you should take a long hard look at your own malleability.

And if you now feel wounded and deceived because he was smiling on the poster, not shagging or snarling, then you’re far too fragile for this world. Newsflash: adverts are set in a parallel fantasy realm. Singers are miming, moustaches might not be real. Please remain calm.

Given all the above, what is the indignation about footballers’ private lives really all about? Either an outlet for envy and resentment — they’re paid too much and celebrated too keenly — or perhaps just a subconsciously adopted psychological position used to excuse our own basic prurience.

Let’s be honest: we’re judgmental and nosy. We want to hear all the juicy details so we can experience the cathartic rush of being enraged by them, like a cuckolded boyfriend demanding a second-by-second account of his girlfriend’s infidelity.