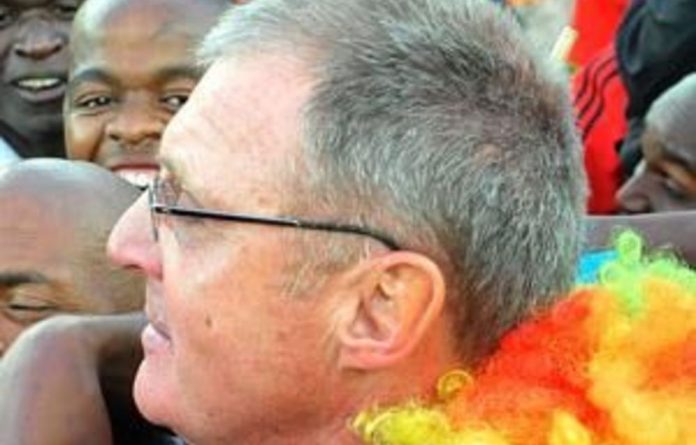 It has not yet been confirmed but the grapevine is awash with rumours that Orlando Pirates coach Ruud Krol will be offered an extension to his contract.

This follows his incredible record-breaking feat in the Premiership league. It would be a travesty of justice if the man who won the league and two cup competitions, and who only lost in the final of a third cup competition, is not retained. After winning the MTN 8, Orlando Pirates were embarrassed by a 3-0 defeat in the Telkom Knockout final by arch-rivals Kaizer Chiefs, which some of their die-hard supporters found hard to accept and called for Krol’s sacking.

That defeat coincided with Pirates’ slight dip in form and their supporters felt they needed someone who could engineer a comprehensive victory over their hated arch-enemies and salvage their pride. They believed Krol had no idea how to beat Chiefs.

But the situation turned around in dramatic fashion on the last day of the domestic campaign when favourites Ajax Cape Town choked painfully at a critical moment and Krol snatched the league championship. He followed that up with a 3-1 triumph over Black Leopards in the Nedbank Cup final to become the flavour of the month. So Krol might have sealed his future during the sensational final two weeks.

Sitting smugly
Mamelodi Sundowns have become bachelors yet again and are searching for a bride during the off-season. The Brazilians approached SuperSport United’s Gavin Hunt and, according to reliable sources, offered the former Hellenic defender a mouth-watering package — which he accepted, then changed his mind, and pledged his future to the team he guided to three successive championships in four years.

But, while many other coaches are pondering their futures, Vladimir Vermezovic is sitting smugly at the Naturena offices — he was assured his future was guaranteed two months before the season ended. Managing director Kaizer Motaung expressed his satisfaction with the Serbian, adding he was retaining him for another two years.

Foppe de Haan, the Dutchman who transformed Ajax Cape Town from timid house sparrows into the fearsome warriors who almost took the championship before stumbling at the final hurdle, has stepped down and will be replaced by another Dutchman, Wim van Zwam.

Clinton Larsen is staying at Bloemfontein Celtic following a dream debut season as a coach, finishing fifth, and Roger de Sa is sticking with Bidvest Wits.

There is going to be a lot of movement of coaches before the new season kick-off in August, but AmaZulu has approved Manqoba Mngqithi to continue building the team next year.