There’s always a price to pay 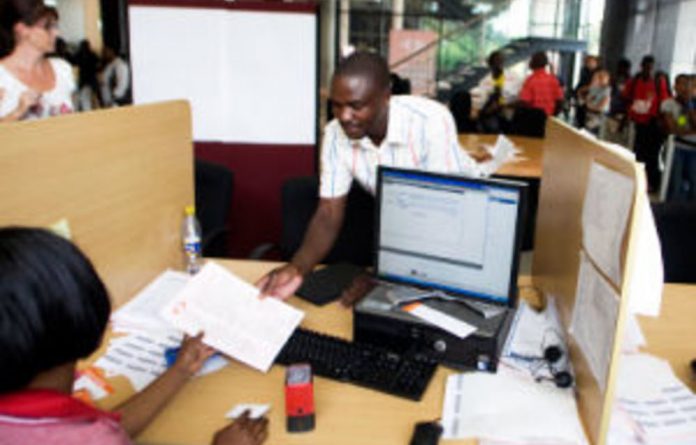 Is free tertiary education affordable? In the wake of Higher Education and Training Minister Blade Nzimande’s budget vote speech last week, which followed several recent government promises about free education up to undergraduate study, I believe we need to examine the question more carefully than the minister appears to have done.

Let’s start with the day in January when Nzimande launched the third phase of the National Skills Development Strategy. A journalist asked him what he thought about the scenes at the University of Johannesburg where, in the week after the matric results were released, thousands of students unexpectedly turned up and spent days queuing in the hope of registering for study this year.

Nzimande answered the journalist by saying, “It is a wonderful problem!” But why is it wonderful that many more students than were expected wanted to enrol?

Surely the majority of these students were victims, if we consider at least three factors:

The broader context here is that:

When many of the late first-year applicants were turned down in January because of limited space, some trade unions accused universities of slamming their doors on hopeful students by raising their admission criteria. What these unions expect universities to do is to respond to the call for the “massification” of tertiary education.

Anyone who is truly concerned about higher education in our country should be disturbed by the scenes at UJ in January. At about the same time, Nzimande announced a 56% increase in the number of post-school learning opportunities for 2011. But he did not specify how many places had actually been created and did not say where the money to fund them would come from.

Some speculated that Nzimande’s announcement amounted to political propaganda because the local government elections were then around the corner.

Now we need to ask whether those plans for so massive an increase in post-school learning opportunities will materialise and whether they take account of the fact that:

Yet two of Nzimande’s key strategic policy priorities in the current financial year are:

When Zuma announced these initiatives in January, he said they would be extended over the next few years to students in earlier years. This, he said, was part of government’s commitment to introduce free education progressively up to undergraduate level.

We do need to make tertiary institutions more accessible, especially for the poor. Section 29(1)(b) of the Constitution reads: “Everyone has the right to further education, which the state, through reasonable measures, must make available and accessible.”

This does not stipulate that further education should be free. While it is laudable that the president announced broader access, we must ask: Is free access affordable?

Government wants to put more students in institutions, but does it plan to put more pressure on the overburdened taxpayer in this regard? Free education obviously requires a very sophisticated financial model and government needs to explain exactly what that is.

Certainly, responses to the president’s announcement of free tertiary education suggest the idea is ­controversial and complex.

On the one hand, student organisations were angry that, because of a lack of funds, free education would have to be introduced progressively and that the government has set no time frame. They also criticised Nzimande for neglecting his duties as both a minister and a communist leader, as we saw when he had to walk out of a heated debate on free education at the Tshwane University of Technology on March 18 because students heckled and jeered at him.

On the other hand, respected educationists responded with some scepticism. Professor Flip Smit, a former vice-chancellor of the University of Pretoria, said how government would afford free tertiary education remained a riddle.

Professor Jonathan Jansen, vice-chancellor of the University of the Free State, agreed that we should break the poverty cycle. He welcomed the announcement to lift the financial burden on students in their final year but hoped the announcement was not merely an electioneering stunt.

More recently, Jansen has written that the begging culture at our universities should be stopped. He referred to constant demands by students who regard a university as just another welfare organisation, and expressed the concern that, with such a mind-set, graduating students would be prisoners of a destructive culture of belief that the world owes them everything.

Journalist Mondli Makhanya recently quoted Deputy President Kgalema Motlanthe as saying in an interview: “Nothing is free … it is paid for from revenue collected from those who pay taxes … People want this and … that … for free! … Where have you ever heard of such a thing?” Makhanya commented: “Worship of free stuff … is damaging to our resolve to be a great nation. Great nations are made of people who work hard, are innovative and do not expect the state to be their mommy … and nanny.”

Do self-respecting students insist on free education at the expense of the taxpayer?

A member of the Democratic Alliance Youth wrote the following when I asked her what her views on free tertiary education were: “I am very grateful to NSFAS for the assistance they gave me to complete my degree. I am, however, also proud of the fact that I paid the 60% of my fees not covered by NSFAS myself by working as a research assistant at my university.

“I have a real sense of pride and accomplishment that I did this without relying on anyone else and it made me value and respect my education so much more than I would have if it was just handed to me on a platter.”

Some varsities are out of touch with students’ reality