‘Room for improvement for Bafana’ 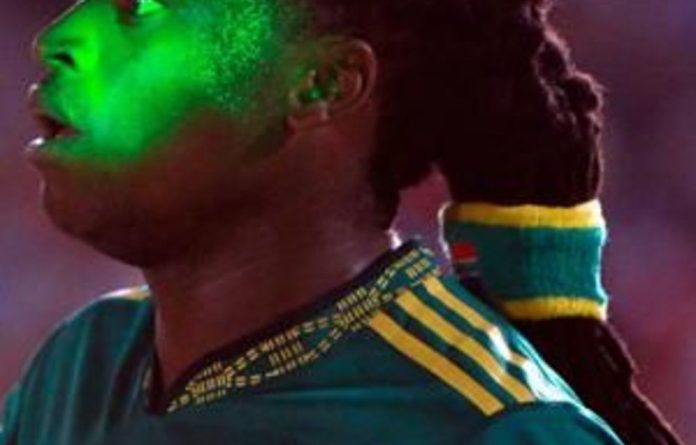 Bafana Bafana stand-in captain Siphiwe Tshabalala was pleased with his team’s result against Egypt in their 2012 Africa Cup of Nations qualifier on Sunday but believes they haven’t fired on all cylinders yet.

“I’m glad to say that I am now able to play offensive and defensive in my position, I’m happy but there is still room for improvement,” said Tshabalala speaking at the announcement of Puma as the new kit sponsor at FNB stadium on Tuesday.

“We still have two games left and we are very confident of qualifying and getting maximum points from our remaining matches.”

Tshabalala remained grounded after captaining his national team for the first time.

“It was an honour for me to captain my national team and I’m still happy today that I had the chance,” said Tshabalala.

One of the talking points of the match against the Pharaohs were the green lasers that were pointed in the South Africans’ faces to distract them at the set-pieces.

“We were so well prepared and focused for the match that the lasers didn’t affect us,” he said.

We knew what to expect and the challenges with their fans trying to intimidate us.”

Striker Katlego Mphela said the team had kept up the momentum from the end of last year’s Fifa World Cup.

“After the last game [in the World Cup] against France that we won, the core of the team was still together and we knew we could build from this group of players, and since then we haven’t looked back,” said Mphela.

Speaking about Bafana’s chances if they do qualify for the African Nations Cup, Mphela was cautiously optimistic.

“The way we’re playing now I think we can at least make the semi-finals,” he said.

Mphela who plays for Sundowns had been the target of overseas clubs in recent weeks, but he didn’t name any specific club.

“My dream and ambition is to play overseas and I’ve been talking with my manager but right now there is nothing concrete.” — Sapa