SABC’s desperate bid to be right 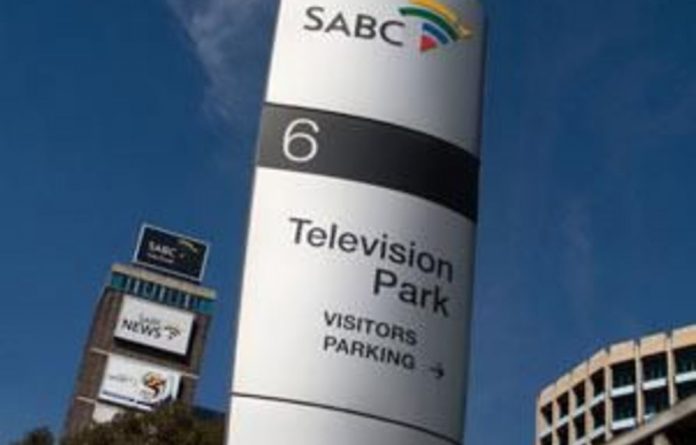 There is a hackneyed saying that posits the definition of insanity as “doing the same thing repeatedly and expecting a different result”.

If that’s the case, things are worse at the SABC than we originally imagined. Having twice unsuccessfully appealed a ruling to eat humble pie after pretty much defaming the Mail & Guardian on air, they’re now taking their refusal to comply all the way to the Independent Communications Authority of South Africa (Icasa).

So, instead of meeting today’s deadline of airing the ruling by the Broadcasting Complaints Commission of South Africa (BCCSA) in favour of the M&G they will fault the integrity of the self-regulating body with this decision.

(You may have caught wind of the to-and-fro between our newspaper and the public broadcaster, involving businessman Robert Gumede. If not, see a quick history below.)

A broadcaster can only appeal for a review of a BCCSA decision with Icasa if they have reason to believe the body is somehow corrupt or acting outside its jurisdiction. However the SABC have not provided any proof of mention of corruption, but are seemingly merely refusing to acknowledge that they were wrong. So they would rather impugn the BCCSA than submit to its authority when they don’t like what it says.

It’s a pigheaded and selfish move that completely ignores the dire consequences for media freedom already under threat in this country.

Not that the SABC seems to care. In the original broadcast about the M&G at the core of the dispute, the news reader sweetly informs the audience that “Gumede has also come out in support of the Media Appeals Tribunal to punish journalists who abuse the profession” — a not-so-subtle hint from a broadcaster that is increasingly becoming a mouthpiece for the ruling elite.

In its frantic and perverse battle to be in the right, the SABC is dragging the cause of media freedom down with them. This, as the Protection of Information Bill gets pushed through Parliament with activists and opposition cries falling on deaf ears, and as the ruling party starts making ominous noises about reviving plans for its media tribunal.

Meanwhile, business has offered its clearest condemnation of the plans for the information Bill, in the form of a damning letter from Pick n Pay chairperson Gareth Ackerman today. The Ackermans were intimately involved in South Africa’s fight for freedom and democracy, and their censure is the clear bell of warning to the ruling party the SABC should be sending, instead of pandering to them to the exclusion of all other concerns.

Of course there are many good and hard-working people within the SABC fighting to turn the beleaguered broadcaster — which has been bailed out by government and seen its board changed several times as it battles debt and major internal disputes — into the institution it is meant to be: a publicly-funded news outlet that informs, educates and entertains without fear and bias, like the BBC model.

But even as I write that statement I can hear the cries of “Western imperialism” and “un-African” that will be directed my way in an attempt to obscure the real issue here: truthful and transparent reporting, which is a universal good — not a Western one.

But pulling the race card obscures that fact — and others, as Gumede showed when he made several allusions to race in his accusations against investigative journalist Sam Sole on the SABC.

“Here’s a payment, one of the first payments that Sterenborg made out to a journalist who is an award-winning journalist, so called investigative journalist who goes out to attack black people, to say that they are corrupt,” says Gumede in the news clip. The reporter later says: “Gumede says he’s been vilified by the paper because of his public support for the ANC and a suspicion that as a black man he must have acquired his wealth dubiously.”

Pull a race card, avoid the truth. I must applaud Gumede for entirely avoiding the accusation of insanity in this instance. He for one is very aware that doing the same action again and again will attain the same neat result. Every time.

History
October 25 2010: Gumede is investigated by the Mail & Guardian for allegedly bribing a Telkom official to the tune of R100 000 in return for a lucrative tender. So far so normal in tenderpreneur-world. Our journalists send Gumede a list of questions.

November 3 2010: Gumede responds with a letter from his lawyer to the Press Ombudsman, a press release and, to make sure we were really paying attention, a masterfully selective damning accusation about one of our journalists on primetime TV: the 7.00pm news bulletin on SABC 3.

In it Gumede claims that M&G journalist Sam Sole received corrupt payments from his former partner businessman John Sterenborg and that this influenced the M&G‘s coverage of Gumede.

A few rather critical things the two and a half minute news broadcast failed to mention was:

March 23 2011: the BCCSA tribunal finds that the SABC had aired “unsubstantiated” claims of corruption and racism that Gumede had levelled against Sole and had failed to give the M&G, and Sole in particular, an adequate opportunity to reply.

Read the ruling for more damning evidence of the SABC’s selective reporting.

The tribunal reprimands the SABC and orders the broadcaster to air its ruling during the first 12 minutes of its prime-time 7.00pm SABC3 television news bulletin, where the original broadcast was made.

April — June 201l: Having a second appeal rejected, the SABC exhausts the two-stage BCCSA appeals procedure. They are told to air the ruling by June 7, or provide written reasons if not.

June 3 2011: Lawyers acting on behalf of the SABC send a letter to the BCCSA saying that they are still seeking advice on the ruling.

The SABC is yet to confirm by affidavit its intentions to take the matter up with Icasa. The SABC will have to file for appeal on or before June 8. The M&G will then have until 3pm on Friday to respond.

This can be done by making the project’s 30% of the budget for local broad-based black economic empowerment a separate budget to break the feedback loop that greases the wheels of patronage.
Read more
Opinion