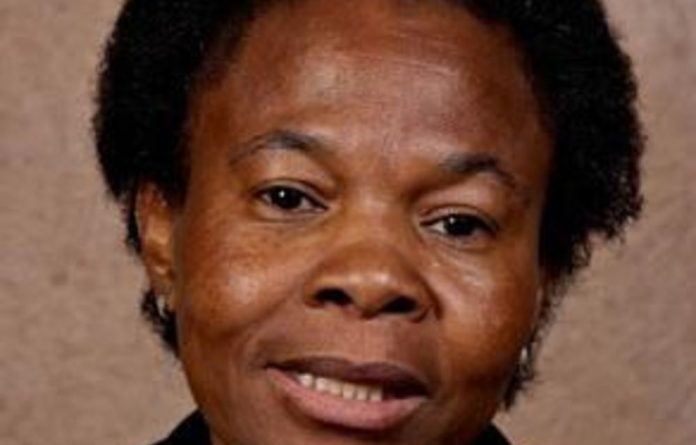 Minerals and Energy Minister Susan Shabangu has revoked the rights to mine in the Kwanyana Block at Xolobeni, on the Wild Coast, the Legal Resources Centre (LRC) said on Tuesday.

“The mining rights were awarded in July 2008 to Australian-owned Transworld Energy and Minerals [TEM] and the Xolobeni Empowerment Company [Xolco] despite the failure to properly consult with the AmaDiba community living in the environmentally sensitive and protected area,” the LRC said in a statement.

In a letter, Shabangu informed LRC attorney Sarah Sephton that she was “satisfied” that TEM had taken “all reasonable steps” to consult with the affected parties.

“I hereby, however, withdraw the decision of the director general to grant the mining right to Transworld Energy and Mineral Resources to mine heavy minerals on the Kwanyana Block of the Xolobeni Tenement area, Wild Coast, Eastern Cape,” she wrote.

Shabangu said the decision to grant the mining right was taken at a stage when several environmental issues were still outstanding.

The LRC said she had given TEM 90 days in which to re-apply.

It said the regional manager had been directed to submit a recommendation to Shabangu after re-evaluating the information submitted by TEM for final determination.

In September 2008, the LRC’s Grahamstown office filed an appeal with Shabangu on behalf of the Amadiba Crisis Committee (ACC) asking her to suspend a decision to award a mining right to TEM.

“The ACC argued that the granting of a mining right without sufficient and reasonable notice to, consultation with or invitation for comments from the community, as an interested and affected party, is unlawful, the LRC said.

“A large number of community members directly affected by the mining were not properly consulted. The ACC’s appeal was also based on the grounds that the Xolobeni area is part of the Pondoland Marine Protected Area.”

The LRC holds that commercial mining cannot take place at all on any marine protected area under the National Environmental Management: Protected Areas Act 57 of 2003.

“The Xolobeni area is the traditional homeland of the AmaDiba people, a traditional community under the leadership of King Sigcau and Queen MaSobhuza of Pondoland,” the LRC said.

“The AmaDiba people have occupied the area for centuries. The area is also part of the Pondoland region acknowledged to be one of the most important centres of plant diversity in South Africa,” it said. — Sapa