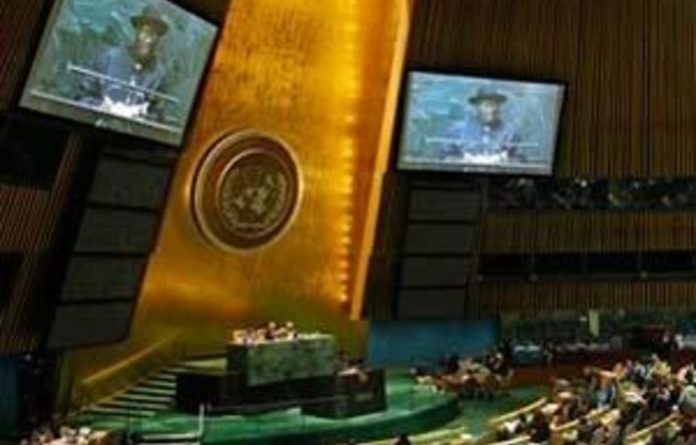 African leaders on Wednesday called for greater resources to battle the Aids pandemic at a summit where United Nations leader Ban Ki-moon set a target of ending new infections by the end of the decade.

Thirty presidents and heads of government are at the summit marking the 30th anniversary of the discovery of Aids, which will set a target figure for the numbers who will receive antiretroviral treatment in coming years.

More than six million people currently get drugs to keep Aids and HIV at bay. But more than nine million still do not get the treatment and an estimated 1.8-million people a year are still dying from Aids-related illnesses.

About 34-million people around the world have Aids, according to UN figures, and about half do not know they have the syndrome.

African presidents said they were making spectacular progress with the number of new infections in the continent brought down from 2.2-million a year in 2001 to 1.8-million in 2009. But they added that Africa desperately needs finance for drugs.

“Conflicts can be addressed through political dialogue. The same cannot be true for HIV and Aids. It simply does not have a cure,” he said.

“To say that adequate funding is critical to the success of our HIV and Aids response is an understatement,” said Nigeria’s President Goodluck Jonathan, whose country has Africa’s second highest number of Aids victims behind South Africa.

“Many countries, including mine, can neither achieve the targets we have set for ourselves 10 years ago, nor the Millennium Development Goals, without the support of our development partners,” the Nigerian leader added.

Gabon’s President Ali Bongo Ondimba said that resources given to Africa “remain insufficient given the size of the HIV/Aids impact on the continent”.

The summit final statement is to set out the target number of people who will get Aids drugs. Health groups have joined poorer nations in pressing for rich countries to commit to pay for drugs for all nine million sufferers that still do not get treatment.

The UN secretary general said that the international goal must now be to eliminate Aids by 2020 — “zero new infections, zero stigma and zero Aids-related deaths.”

Ban also said that “bold” action was required by the international community, but also highlighted how perceptions of the syndrome and people living with Aids have changed in the past 30 years.

“Many of you remember the early days in the 1980s. The terrible fear of a new plague. The isolation of those infected. Some would not even shake hands with a person living with HIV,” Ban said.

“If we are to relegate Aids to the history books we must be bold. That means facing sensitive issues, including men who have sex with men, drug users and the sex trade,” he added.

“I admit those were not subjects I was used to dealing with when I came to this job. But I have learned to say what needs to be said because millions of lives are at stake.”

Ban called on partners to “come together in global solidarity as never before”, in a bid for universal access to treatment by 2015 and efforts to lower costs.

Mathilde Krim, founder of the Foundation for Aids Research, said that 30 years ago no one would have predicted the scope of the Aids tragedy — which has killed more than 25-million people, including one million in the United States.

She warned that with 7 000 new infections each day there is still a huge battle ahead.