Ebden to take on Nadal, Roddick edges a difficult win 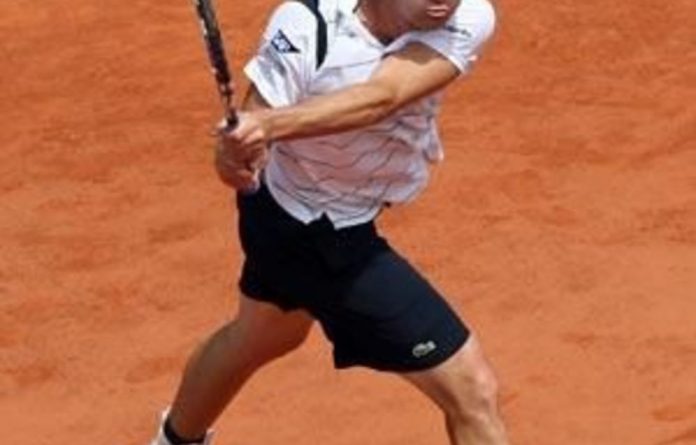 Australian qualifier Matthew Ebden earned a shot at world number one Rafael Nadal thanks to his 7-5, 6-3 win over India’s Somdev Devvarman at Queen’s, while four-time champion Andy Roddick defeated Feliciano Lopez 7-6 (7/2), 6-7 (5/7), 6-4 on Tuesday.

Ebden, who was born in South Africa, has spent most of his short career playing on the unglamorous Futures Tour and is currently ranked 168th in the world.

But the 23-year-old will be mixing with tennis royalty in west London on Wednesday when he takes on Nadal in the Spaniard’s first singles match since winning his sixth French Open crown in Paris on Sunday.

Nadal arrived in London late on Monday just 24 hours after his final victory over Roger Federer to begin preparations for the defence of his Wimbledon title.

And his first opponent will be the unheralded Ebden, who secured an impressive victory over Devvarman even though the Indian is 101 places above his opponent in the ATP rankings.

Perth-based Ebden has been in good form of late, reaching the latter stages at Nottingham and Cremona, and he edged a tight first set before pressing home his advantage with a break late in the second set to clinch the win.

Feeling great
Elsewhere at the Wimbledon warm-up event, Roddick started his bid for a record fifth title with a hard-fought win against Spain’s Lopez in the second round.

Third seed Roddick, who was given a first round bye, has been troubled by an injury to his right shoulder in recent months and he was forced to miss the French Open as a result.

The three-time Wimbledon finalist had lost in the first round in each of his last three tournaments, with his ranking down to 10th as a result, and needed all of his grass-court savvy to get past Lopez.

After taking the first set in a tie-break, Roddick found Lopez in no mood to surrender and the Spaniard won the second set in another breaker.

Roddick looked in danger of an early exit when he fell a break down in the final set but he hit straight back to level at 2-2.

The 28-year-old was finally able to see off his obdurate opponent when Lopez sent a forehand long on Roddick’s third match point.

Roddick said: “I felt great on the grass. I came over here to win Wimbledon, but I’m trying to win this tournament too.”

‘The best players in history won on grass’
Former US Open champion Juan Martin del Potro enjoyed a winning return to grass as the Argentine beat Uzbekistan’s Denis Istomin 6-4, 6-2 in the first round.

Del Potro (22) was playing his first match on grass since Wimbledon in 2009 after missing most of the 2010 season with a serious wrist injury.

“I played really well after two years away from this surface,” Del Potro said. “For South American players it can be difficult on grass, but I want to learn and improve my game because I know the best players in history won on grass.”

Reigning champion Sam Querrey kept his title defence on course as the American 13th seed secured a 7-6, 5-7, 6-3 win against Germany’s Rainer Schuettler in the second round.

Next up for Querrey is British wildcard James Ward, who sprang a surprise with a 7-6, 6-3 victory over Stanislas Wawrinka, the Swiss fourth seed ranked 202 places above his opponent.

Ward’s compatriot Andy Murray learned that he will play Xavier Malisse in the second round after the Belgian’s 6-4, 6-4 win over Germany’s Matthias Bachinger.

Japan’s Go Soeda suffered a miserable Queen’s debut as the world number 130 was beaten 6-1, 6-3 by veteran Radek Stepanek of the Czech Republic.

Medical aid is becoming more of a luxury for many South Africans, and it’s not about to get any better
Business