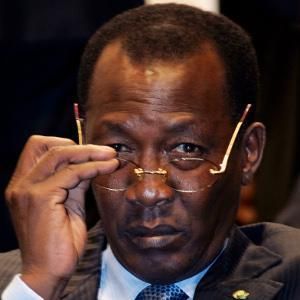 A former rebel leader was arrested a day after returning to Chad despite his promise that he had given up arms, a Chadian legal source said on Wednesday.

According to the source, Abderaman Koulamallah was summoned by police a day after arriving from Paris and was brought before prosecutors who handed out a warrant for his immediate incarceration.

Koulamallah had been sentenced in his absence on a series of charges including treason and harming state security after a February 2008 rebel incursion he helped organise reached the steps of the presidential palace, almost toppling the regime of longtime president Idriss Deby Itno.

But in April, Koulamallah said he was ending armed struggle and intended to return home.

“This return is my own decision, my own analysis,” the ex-rebel said upon arriving on Tuesday. “I didn’t do anything but write to the president directly; [he] replied asking me to come home immediately.”

In April he called for all rebel militants to end fighting, adding that fighters under his direct authority had been ordered to leave Sudan — their one time safe-haven — and come home to Chad.

The arrest comes amid improving relations between Chad and Sudan with both countries having agreed to stop supporting rebel movements. — AFP