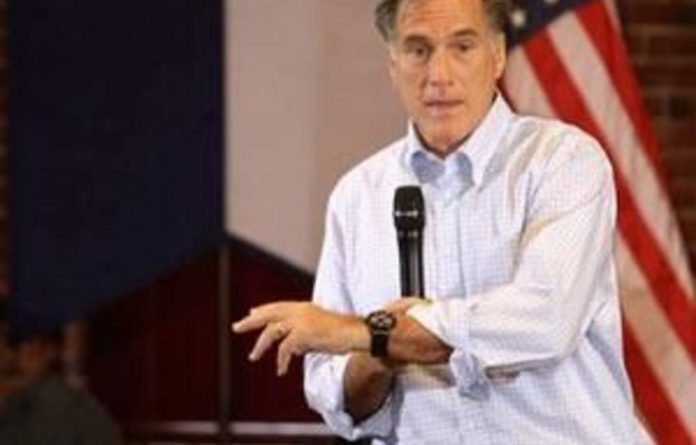 Barack Obama’s hopes of re-election to the White House next year took a knock on Tuesday with the publication of a poll showing him in a surprise dead heat with one of his Republican rivals, Mitt Romney.

The bounce in the polls that Obama received after the death of Osama bin Laden in early May has disappeared. The new poll shows public unhappiness with the slow pace of recovery from recession.

Romney’s jump to parity with the president is remarkable given that, until now, there has not been much enthusiasm even among Republicans for him. Only last Thursday did he formally declare that he will be seeking the party’s nomination to take on Obama.

During a press conference at the White House with German chancellor Angela Merkel , Obama played down the prospect of a double-dip recession but acknowledged concern about unemployment and petrol prices. The latest unemployment figures show a jump to 9,1% and Obama said he did not know if this was a one-month aberration or reflected a long-term trend.

“I’m not concerned about a double-dip recession,” he said. “I am concerned about the fact that the recovery we’re on is not producing jobs as quickly as I want it to happen.”

He admitted the economy remained “skittish” and that “recovery was going to be uneven”.

Although Obama remains favourite to secure re-election, he could struggle if he goes into next year’s election with unemployment still high.

The ABC-Washington Post poll showed Obama and Romney on 47% each among all Americans surveyed, and Romney on 49% and Obama on 46% among registered party members, who are among those most likely to vote.

Another poll published by Public Policy Polling shows Romney in the lead in the early key states of the Republican nomination battle. Romney was widely predicted to take New Hampshire and Nevada but struggle in social conservative Iowa and hardline right-wing South Carolina.

But the PPP poll shows him on 27% in South Carolina against Sarah Palin’s 18%. Earlier PPP polls showed him with a 6% lead over rivals in Iowa, 15% in Nevada and 23% in New Hampshire.

Bin Laden bounce
Obama has dropped a long way from the heady days after his 2009 inauguration, when he enjoyed poll approval ratings of 70% to 80%. Over the last year, he has been struggling to get above 50%. The death of Bin Laden gave him a modest bounce, to about 55%.

He won in 2008 partly because of a backlash against George Bush and partly because of his rhetorical skills, backed by a strong campaign organisation and high levels of fund-raising. But some of the states he took last time were only by slim margins, and he could struggle to repeat victories in states in the west and midwest and in places such as Virginia. He is already building up his campaign team, setting up organisations in many more states than in 2008, and is hoping to double his campaign funding to a billion dollars.

The ABC-Post poll suggests Romney has solidified his position as Republican frontrunner.

As well as unemployment and petrol prices, Americans are expressing concern about the size of the federal deficit, the size of the country’s debt held by China, and continued falling house prices. The poll showed six out of 10 of those surveyed saying they did not believe recovery had yet begun.

Sixty-six percent said they thought the country was going in the wrong direction economically.
guardian.co.uk