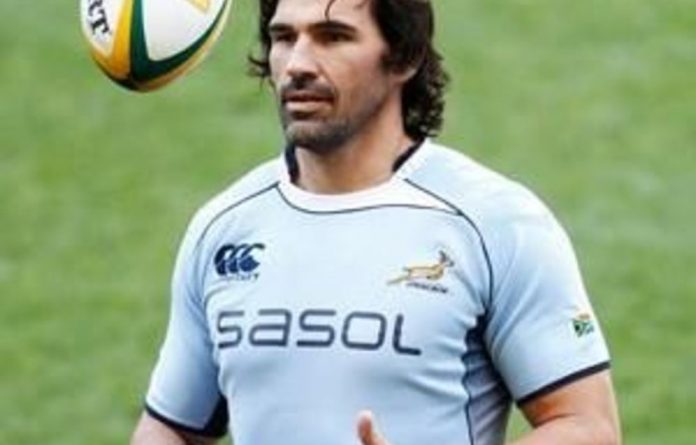 Although the Stormers look certain to qualify for the Super Rugby play-offs, Bulls captain Victor Matfield said on Wednesday that being under pressure is something the South African conference leaders have in common with the Bulls.

“We are under pressure to stay in the top six while they have the pressure of trying to finish top of the log,” said Matfield.

The Bulls made only one change to their side after last week’s 23-17 victory over the Waratahs with Dewald Potgieter returning to the starting XV where he replaces Danie Rossouw who was moved to lock.

Rossouw will start next to Matfield in the second-row because of a knee injury to Bakkies Botha.

Botha captained the Bulls the last time they played a Super Rugby match in Cape Town — leading a second string side into battle.

This time, however, the men from Pretoria are in a position where nothing less than a win will keep them in the title hunt.

Although all matches in the oldest rivalry in South African rugby are closely contested, early indications are that the weather might also play a role.

Bulls coach Frans Ludeke hinted that his men will be looking at playing a tighter, forward driven, game, and added that his men need no reminder of how tough it is going to be.

“It will be difficult regardless of the conditions,” said Ludeke.

“The wind is always a factor there, but still for us it is like a final and it has been for the past five weeks.

“Whether it rains or not both sides have to play in those conditions so it will be the team that adapts best to it that will be able to reap benefits from it.”

As he edges one week closer to what could be his final match for the Bulls, Matfield would not be told that this match is emotionally more taxing on the players.

“It is just like each of other five we played, it is the most important match of the year and this is a difficult competition,” he insisted.

Asked what areas of the Stormers game posses the biggest threat, Matfield said: ‘Their defence has definitely been their strength over the past two years and we know how important that will be.”

Without giving away a detailed game plan the man often referred to as the world’s best lineout lock said that they have a few plans to get through the rock solid Western Cape defence.

“Like every other week we have done our analysis of the opposition and hopefully we have some plans, although we never go too far from our usual game plan,” said Matfield. — Sapa