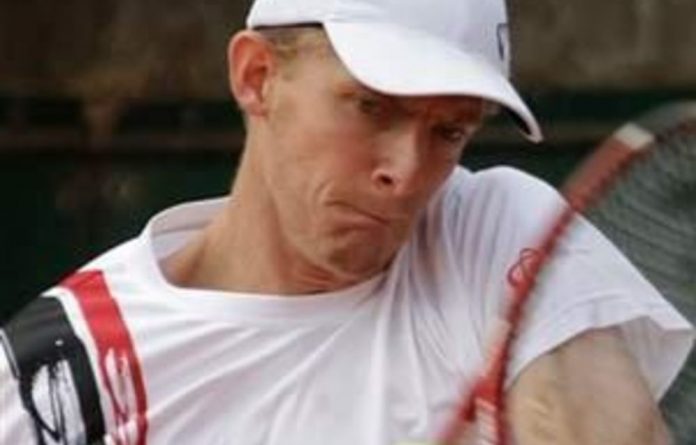 South Africa’s Kevin Anderson set up a third round clash with four-time champion Andy Roddick after a 6-2, 6-4 win against American youngster Donald Young at Queen’s on Wednesday.

Johannesburg-born Anderson, seeded 15th, has the kind of big serving style that should thrive on grass and he easily brushed aside Young in the second round at the Wimbledon warm-up event in west London.

While this was a routine success, his next test against third seed Roddick, a three-time Wimbledon finalist, will give a clearer indication of whether Anderson is ready to step up to the highest level.

The 25-year-old has been in good form of late, reaching the quarter-finals at the Miami Masters, and he comfortably survived a potentially tricky first round tie here against Croatia’s Ivo Karlovic.

He was quickly into his stride against Young and broke in the third game before saving two break points on his own serve moments later.

Anderson made Young pay for that failure to break back as he cemented his advantage with another break before closing out the first set.

Young, 124th in the world rankings, enjoyed a surprise win over world number four Andy Murray at Indian Wells in March, but the 21-year-old left hander had lost his last three meetings with Anderson and never looked comfortable after the 6ft 8in South African.

A rain break of well over an hour at 2-2 in the second set could have disrupted Anderson’s rhythm, yet he broke Young immediately after the showers relented and had no problem finishing off the win.

Elsewhere in the second round, Croatian eighth seed Marin Cilic eased through to the last 16 with a 6-4, 6-4 win against French qualifier Arnaud Clement.

Clement (33) had won their last grass-court meeting at Wimbledon in 2008, but Cilic was always on top this time as he saw off the oldest man in the draw in convincing fashion. — AFP