Two days of talks, but still no end to Madagascar impasse 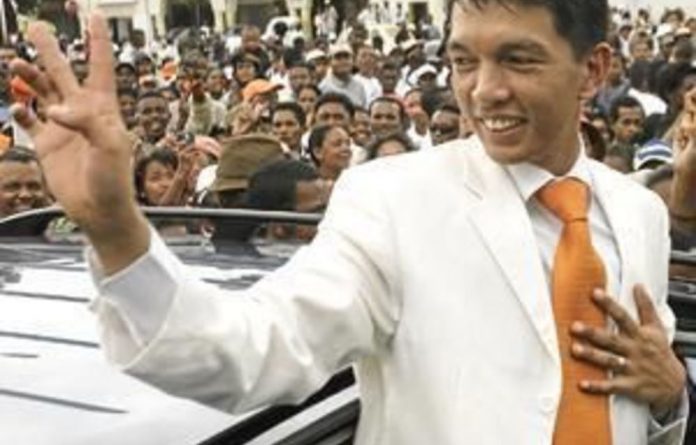 Madagascar’s feuding political leaders ended two days of talks on Tuesday without signing a deal on ending the crisis sparked by strongman Andry Rajoelina’s takeover of the island two years ago.

The talks, which were convened by the 15-nation Southern African Development Community (SADC), ended at about 6pm (4pm GMT) with a press statement that sought to highlight the common ground between the 11 political parties present but did not say why the leaders had failed to reach an agreement.

The statement said all the parties agreed on “the return of the country to constitutional normalcy as a matter of urgency” and the “holding of free, fair, transparent and credible elections”.

But there was no word on the more contentious issues dividing the island’s leaders: the return of exiled ex-president Marc Ravalomanana and the refusal by Ravalomanana and two other former presidents to sign off on a SADC “road map” that would make Rajoelina president of a transitional government.

SADC to present views
SADC executive secretary Tomaz Salomao said he would take the issues raised at the talks to a summit of all SADC member states set for Saturday.

He said the full membership of the regional bloc would then decide on the way forward in Madagascar, which has been suspended from both SADC and the African Union since Rajoelina ousted Ravalomanana in March 2009 with military backing.

“We are going to report to the summit with our clear recommendation. I cannot disclose for now [what it will be]. Let’s wait until Saturday,” said Salomao.

“We met with the political parties. They expressed their views. And now we are in a position to make recommendations to the summit.”

The two days of talks in the Botswanan capital Gaborone are the latest in a series of efforts to end the crisis.

A string of mediation talks in the Mozambican capital Maputo ended in a power-sharing deal between Rajoelina, Ravalomanana and two other former presidents.

But Rajoelina later dismissed the deal, sending mediators back to the drawing board. – AFP