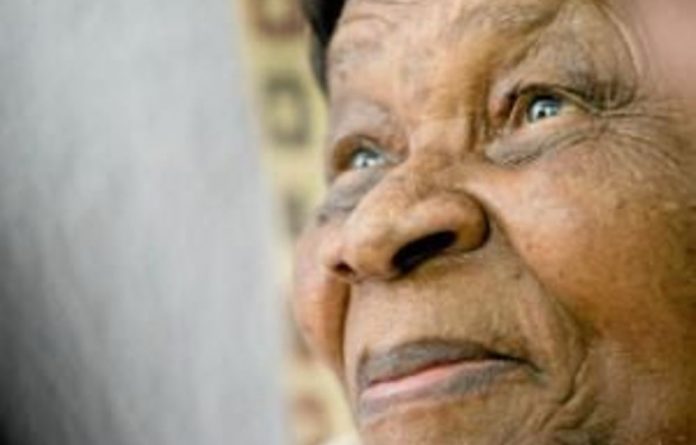 Albertina Sisulu understood what the ancients meant when they said ‘mme o tshwara thipa ka fa bogaleng” — the mother must hold the sharp end of the attacker’s knife when protecting her children.

All her days she fought for freedom and the good of others. The largeness of her life drove journalist and political commentator Thami Mazwai to say, on learning of her passing, that she was ‘a tower in the heavy fight” against apartheid.

Her activities and sacrifices came at a price, including police harassment, detention and banning orders.

Born in 1918, six years after the formation of the ANC, and departing from the comfort of her home last Thursday night, less than a year before the ANC is due to turn 100, Sisulu was inextricably linked to defining moments in the history of the liberation movement.

A fighter, former deputy president of the ANC Women’s League, loving mother, highly regarded mentor, and stalwart and icon of the South African revolution, her name will continue to evoke deep respect and admiration in the ANC, the women’s league and the alliance.

Sisulu played an active role in the launch of the Federation of South African Women in 1954 and was at the forefront of the fight against patriarchal domination and gender oppression. She was among those women who marched to Pretoria against the pass laws in August 1956.

She held various positions with distinction, including that of co-president of the United Democratic Front in 1983. Beyond 1994 she carried to a higher level the fight for the reconstruction and development of South Africa, becoming a member of the country’s first democratic Parliament. She was a role model who stood up for her family and nation in testing times, while her husband was imprisoned for 27 years.

Social historian Luli Callinicos wrote in Oliver Tambo: Beyond the Engeli Mountains that Albertina Thethiwe — her maiden name — was a ‘sensible woman with an acute social conscience” and that the ­harmony of her relationship with her husband, Walter, ‘was an inspiration to Walter’s friends”, who included Nelson Mandela and Oliver Tambo.

In Long Walk to Freedom Madiba confirms that, from those early years of struggle, ‘Walter’s house in Orlando was a mecca for activists and ANC members” and ‘a warm [and] welcoming place”. Albertina, he writes, ‘was a wise and wonderful presence, and a strong supporter of Walter’s political work”.

It is when we look at how they lived their lives, what they did for their country and the high values that guided and ordered their lives, that we come to appreciate another special union, that of Oliver Tambo and Adelaide Tambo.

Every time we go to the polls in a democratic election, as we have just done, we reap the harvest of their labour of love. The Sisulus and the Tambos dedicated their lives and those of their children to the cause of freedom.

To our young people, the women’s league says the best way to cherish Sisulu’s memory is by getting an education and using it to build a more humane, caring and prosperous society. Like many other political heroes and heroines she understood that education was a potent weapon in the struggle of human beings against nature. This understanding of education as a prerequisite for social transformation and development inspired her to run schools from home at the height of the resistance to Bantu education.

The Albertina Sisulu Multipurpose Resource Centre in Orlando West stands as a powerful monument to her love of education and the children of South Africa.

Through her efforts as a champion and advocate of women’s struggle for equality and full emancipation, we have today a solid and well-oiled women’s league, the strength of which has been forcefully demonstrated in recent elections.

Each page of this chronicle of a gentle activist will tell of the modesty of a humble African who expected no favours and demanded no earthly rewards.

Sisulu will be remembered as a symbol of the struggle in all its facets: a genuine comrade, a women’s leader, an ANC leader, a fighter for human rights and democracy, and a professional to the core. — Angie Motshekga is president of the ANC Women’s League and minister of basic education