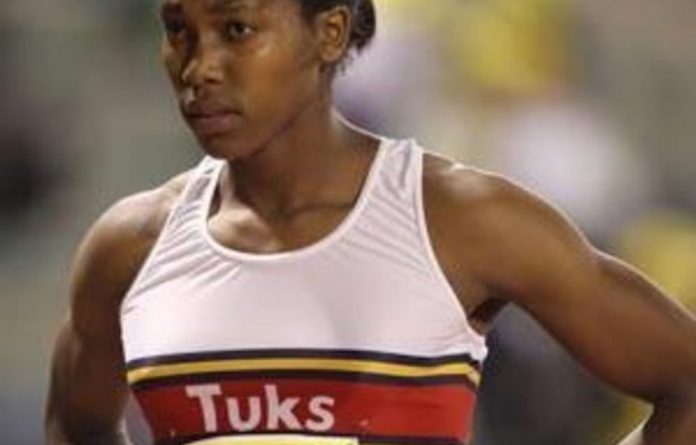 Usain Bolt delivered a stunning men’s 200m victory at the Bislett Games on Thursday but Caster Semenya was outshone by unheralded Moroccan Halima Hachlaf in the women’s 800m.

Bolt, the double world and Olympic champion and world record holder in both the 100m and 200m, was making his season’s bow in the longer discipline, which he last raced in May 2010.

And the 24-year-old Jamaican did not disappoint, clocking a world lead time of 19.86 seconds in the fifth meet of the 14-leg Diamond League series.

Bolt, who set a world record time of 19.19 seconds when winning the 200m at the 2009 worlds in Berlin, showed little event rustiness, easing into the bend and hitting the back straight absolutely flying.

Starting in lane six, the Jamaican had caught compatriot Mario Forsythe on his outside within the first 15m, and in the final 80m there was no one to come close to the Jamaican.

Bolt said the race showed he “was not perfect but getting there”.

“I was never out of business,” he said in reference to some critics of his early-season form. “Business was just slow.

“It was my first 200m race in one year and one month, so I’m very happy with it and the fact I went under 20 seconds,” Bolt added.

“That means I’m in pretty good shape although I still have technique to work on.”

‘Just too good’
In the women’s 800m, Hachlaf produced a formidable sprint finish down the home stretch to pip Semenya and second-placed Russian Mariya Savinova in a world lead time of 1:58.27.

But Semenya, who stormed to victory at the 2009 World Athletics Championships but was cast into limbo soon after until July 2010 because of allegations over her true gender, was happy with her performance.

“I am happy with my time. Hachlaf was just too good,” said Semenya.

“This is the road to the world championships [in Daegu in August] for me. I need to be strong and get back to normal. It’s all part of experience. In the last 200m I need to run brave and not worry about the others.”

She added: “My coach told me I should be brave and go into the front and try for a fast time.

“I fulfilled that and I’m satisfied with my time. Now I’m improving with every race and I think I can be much better than today later in the season.”

Dream Mile
Kenyan Paul Kipsiele Koech showed his rivals a clean pair of heels in running away with the men’s 3 000m steeplechase in a meet record and world lead time of 8:01.83.

Kiwi Valerie Adams also broke a 26-year-old stadium record in wrapping up the women’s shot with a best of 20.26m, besting Belarusian Nadezhda Ostapchuk by 34cm.

Meseret Defar led a five-strong Ethiopian cleansweep of the women’s 5 000m, winning in a season’s best of 14:37.32 in a sprint finish.