Behind the Eskom purge 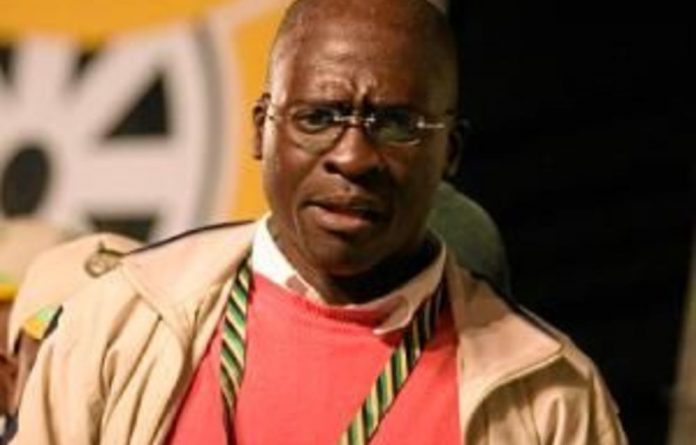 The government has denied that this week’s purge of the boards of Eskom and Denel reflects a lack of confidence in their ability, claiming that it is designed to spur new thinking in the leadership of the institutions.

But the bloodbath at power utility Eskom, where eight out of 10 non-executive directors were sacked, comes amid reports of a growing distance between the board and new Minister of Public Enterprises Malusi Gigaba. And, in spite of government’s assertion that the change is in the normal course of business, it was apparent on Thursday that it has come as a shock to many parastatal officials who will soon find themselves out of a job.

Government spokesperson Jimmy Manyi claimed that the purge had “no bearing on the competence” of the boards and was in line with government exercising its responsibility in its role as shareholder to introduce new thinking into their leadership.

South Africa’s state-owned enterprises have been beset by leadership problems in recent years and questions are already beginning to emerge about whether a further radical overhaul will bring stability or undermine it. Among those sacked at Eskom was chairperson Mpho Makwana, while at Denel, the only survivors of the 14-member board were Zoli Kunene, who was named chairperson, Tshilidzi Marwala, Martie Janse van Rensburg, Bulelwa Paledi and Gert Cruywagen.

In a post-Cabinet briefing Manyi said that discussion about changes to the board of logistics giant Transnet were still taking place.

At Eskom only two board members, the director of the Square Kilometre Array radio telescope project, Bernie Fanaroff, and Boni Mehlomakulu, the chair of the South African Bureau of Standards, both of whom were appointed in 2010, were retained.

Eskom’s new challenges
Eskom’s new chairperson is Zola Tsotsi, a virtually unknown former Eskom employee who is currently the chairperson of the Lesotho Electricity Authority. He reportedly headed the business planning unit of Eskom from 1995 to 2004.

Eskom faces a range of challenges, not least South Africa’s mounting power-generation crisis in a context in which the new coal-fired power stations, Medupi and Kusile, have yet to come on stream. Chairperson Makwana could not be reached for comment on Thursday, but was quoted by Bloomberg saying that he was unaware that he was being replaced and intended to serve out his term until 2013. Bloomberg also quoted another board member, Daniel Dube, saying he was “not aware” of any planned changes.

The Eskom board is understood to have tried to meet Gigaba on a number of occasions, but was rebuffed. The M&G understands that one of the reasons given for Gigaba’s unhappiness with the board was its handling of a contract for steam generators at nuclear power plant Koeberg.

Included in the newly announced Eskom board is Mafika Mkhwanazi, current chairperson of the Transnet board.

Mkhwanazi is not expected to remain in the latter position for too much longer, following its annual general meeting ahead of its results announcement later this month. According to a Business Day report on Thursday, which was confirmed to the M&G, the changes to the Transnet board were mooted at Wednesday’s Cabinet meeting, but were not endorsed. Chief among these was the appointment of current board member Iqbal Sharma to chair the transport utility.

Sharma is a former official of the department of trade and industry, where he was involved in high-level trade negotiations. He joined the Transnet board in December last year when a host of new appointments were made. Cabinet is understood to have refused Sharma the Transnet job because he has been linked to the Gupta brothers, the controversial business associates of President Jacob Zuma’s family.

On Thursday Sharma said rumours that he was being considered for the chairperson’s position reached him only on Wednesday night. He denied any business relationship with the Guptas. “That [I] have a business relationship is unfounded and without merit — we have no business together whatsoever,” he said. But he did acknowledge a decade-long friendship with the family, which he met through the Indian High Commission.

Brian Molefe, the recently appointed chief executive of Transnet, has also been linked to the Guptas.

In recent months Gigaba has been vocal about his desire to take a far more active role in overseeing the country’s parastatals. He has emphasised their role in advancing the state’s plans to play a greater part in driving economic growth.

During his budget vote speech last week, he said the department would take a far more “activist role” with regard to parastatal oversight. “The very rationale for state-owned enterprises is the developmental mandate they have, which relates to services provided in poorer parts of the country, skills development, the industrial opportunities they create for local suppliers and many more,” he said.

The upheavals in the semi-state sector come as Eskom appears to be recovering from an earlier leadership crisis, precipitated by a bitter battle between former chief executive Jacob Maroga and the board, which resulted in Maroga’s exit in late 2009.

Makwana, the Eskom board, and former public enterprises minister Barbara Hogan faced political censure at the time for their refusal to back down on their decision to let Maroga go. There has been speculation that unhappiness with Makwana and the board’s actions over Maroga are still simmering in political circles. Maroga was backed by both the ANC Youth League and Cosatu’s metalworkers’ union, Numsa, during his confrontation with the board.

The utility is in the throes of the largest capital expansion in its history. Valued at R300-billion, it dwarfs South Africa’s preparations for the World Cup, including the stadium and Gautrain. The public enterprises department was not commenting on Thursday.

New parastatal chairs named amid confusion
There was notable confusion over the surprise appointment of a range of new board members to parastatals Eskom and Denel. Top positions went to Zoli Kunene, who will chair the board of state arms manufacturer Denel, while little-known Zola Tsotsi takes the helm of the Eskom board.

Eskom declined to comment on the changes to its board, but a number of media reports indicated that board members, including current chair Mpho Makwana, had not been briefed on the new appointments. The changes to the boards are expected to take effect after the annual general meetings of the companies, scheduled for later in the month, according to government spokesperson Jimmy Manyi.

While the status of the board members’ contracts is unclear, the minister of public enterprise, representing the government as shareholder, does have the authority to review the contracts annually.

He has also served as a director at numerous companies, including Afritek Consulting, Torre Technologies and Mandla Technologies. Many of Eskom’s board members, including Makwana, Wendy

Denel’s board also saw sweeping changes, with only Tshilidzi Marwala, Martie Janse van Rensburg, Bulelwa Paledi and Gert Cruywagen retaining their positions. Kunene (58), the new chairperson, previously served on the board of Denel. He is chairperson of systems engineering company SAAB Grintek. He is also a director of Cell C, Virgin Mobile South Africa and tobacco manufacturer Leonard Dingler.

With his four brothers, Kunene owns investment company Kunene Brothers Holdings, which in turn is a majority shareholder in Glenrand MIB, a Coca-Cola bottling company and a car dealer for DaimlerChrysler in South Africa. Kunene has a background in the trade unions, he was a co-ordinator with the Council of Unions of South Africa, the forerunner of Cosatu.