Jazz is also about ‘jol’ 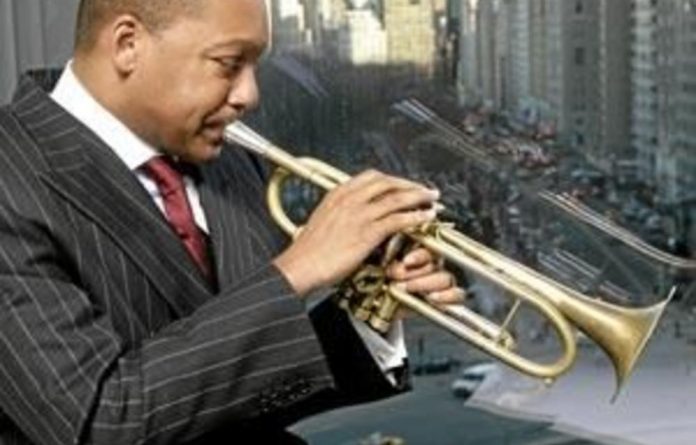 How do you define the success of a jazz festival?

Bums on seats seems to be the universally accepted measure. But, although that may satisfy the bean-counters, it neglects other aspects: the vibe (how joyfully an instant community coalesces around the event), the contribution to musical development and the informed curation of the current state of the genre.

Although the Standard Bank Johannesburg Joy of Jazz Festival has declared viable ticket sales throughout its history, it has often fallen down on these other aspects. Geography has hampered the vibe : the Newtown venues are relatively far from one another.

This, high ticket prices for individual events and sometimes erratic dovetailing of set times made the three-day event more a collection of individual concerts than a festival.

There has always been a development programme but (and here I must declare an interest, having taught for both this festival and the Cape Town International Jazz Festival) the quality of individual workshops has varied widely and there has been little evidence of the kind of hands-on, informed supervision and synergy building required. There are no composers’ commissions and an obsession with played-out “stars” from the world of second-rate smooth jazz has often taken the event very far from the cutting edge.

Jazz with integrity
This year looks as though it might mark some change.

Bridgewater has taken a particular interest in African music: her album Red Earth included collaborations with Senegambian griots that, unlike some similar but more opportunistic projects, genuinely succeeded in invoking the jazz roots and routes between West Africa and the United States. She has constantly battled the dilution and commodification of her music — “[In the US] I feel like it becomes this game, that I become a kind of ‘product’. The artistry becomes secondary to selling the product” — and her recent work has focused on tributes to another artist with similarly trenchant views, Abbey Lincoln.

Equally worth catching might be the lesser-known HGM Jazz Orchestra from Zagreb. This young outfit, supported by the US embassy and Jeunesse Musicales in Croatia, released an album, Our Songs, in December. One writer on the Allaboutjazz website invoked the blues, Stravinsky and Bartok in his review, and you’ll find an intriguing clip of their work on YouTube.

The choice of South African artists reflects an appreciation of what’s really going on: Tutu Puoane reprising her South African Music Awards winning performance with the Brussels Jazz Orchestra, McCoy Mrubata (who should have the next instalment of his Brasskap project out on CD by then), singer Sibongile Khumalo (though it’s not clear yet which aspect of her repertoire she will showcase), veterans Hugh Masekela and bassist/arranger Victor Ntoni, and young-lion pianist Bokani Dyer.

Among continental visitors we have the perennial but still superb Oliver Mtukudzi, Nigeria’s Olufemi and Angolan Barcelo de Carvalho, much better known simply as Bonga. The master of kizomba music, Bonga should be on everyone’s don’t-miss list. Since his debut in 1972, he has captured the hearts of Lusophones worldwide. His 2009 album, Bairro, marked a return to spare, down-home arrangements, framing catchy melodies and intelligent interpretation in a now smoky but still sweet baritone. His set should also be ­compelling listening.

There’s also an assortment of the usual suspects (Jeff Lorber, Gerald Veasley, Simphiwe Dana, Kwela Tebza and Mango Groove) and the quality of the festival experience will depend on how these names are picked and mixed on bills because the (still pricey) concert tickets are for bundles of artists.

Dynamic and beautiful
The event organisers have taken steps to improve the vibe by keeping the audience together. They have announced the creation of a new main stage — the Conga — alongside the tented Dinaledi and Mbira venues. The Market Theatre has been dropped as a performance venue, though it will host a jazz photo exhibition dedicated to Jonas Gwangwa. The Bassline will host, among others, Ntoni, Mrubata and Dyer and there will be less formal development ­concerts at Shikisa, Sophiatown and Nikki’s.

Skilled engineering will be needed to keep the sound in each tent dynamic and beautiful.

Marsalis, Masekela, Puoane and Tyner are on the Dinaledi stage and their audience will be particularly critical of leakage, imbalance or cotton-wool quality. Though the new stage is explicitly motivated by a desire to fit yet more bums on seats, it also signals understanding of one of the festival’s former problems and a ­willingness to tackle it.

Spirituality at the core of sax great’s sound