‘Mr Clean’ in court for corruption 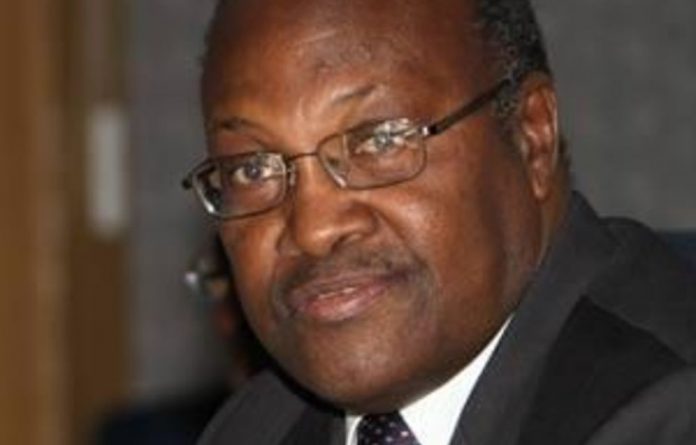 Botswana’s minister of finance and development planning has been charged with corruption, the second member of Botswana President Ian Khama’s cabinet to face the charge in less than a year.

Kenneth Matambo appeared in the Gaborone Village Regional Magistrate’s Court last Tuesday and was released on conditional bail of 10 000 pula.

Matambo, who has always presented himself as “Mr Clean”, is expected to plead to the corruption charge on July 13.

In August last year, Khama’s first cousin and the minister of justice, defence and security, Ramadeluka Seretse, resigned from the Cabinet after he was charged with corruption. Seretse’s case is still before the courts.

The state alleged that between July and September 2005, while Matambo was managing director of the Botswana Development Corporation (BDC), he failed to declare his private dealings with a company that did business with the corporation. Khama appointed Matambo finance minister in 2009 after he had headed the BDC for more than a decade.

According to the charge sheet, Matambo had an “indirect interest” in a company called Tuwana Construction in that it was building a house on a Gaborone plot that belonged to him and his wife. This was at the same time as the BDC “proposed to deal with Tuwana Construction”. Matambo did not declare the interest to the BDC.

Prosecutors have kept their cards close to their chest. The charge sheet did not give further details, such as whether Matambo had paid Tuwana for the house or the nature of the proposed deal between the BDC and Tuwana.

While Seretse resigned from the Cabinet a few days before he was charged with corruption, Matambo has resisted calls from the opposition and the civic community to resign.

Opposition parties have intensified the call for the president to ask Matambo to resign or to dismiss him. The opposition Botswana Congress Party (BCP) issued a statement charging that Matambo had lost the moral authority to administer the national coffers while facing a corruption charge.

“It is normal international practice that when there are serious allegations of impropriety against an individual who holds a position of public importance they should resign for the purpose of protecting the integrity of the office. This is why the head of the International Monetary Fund has had to resign on account of the allegations he faces, not that he is pleading guilty,” said BCP spokesperson Kesitegile Gobotswang.

The opposition accused Khama of applying double standards in not giving Matambo the boot when, three years ago, he dismissed former assistant minister of finance Samson Moyo Guma after allegations surfaced that Guma was investigated by the directorate on charges of corruption and economic crime. Guma was never charged.

Khama administration spokesperson Jeff Ramsay has previously told the media that it is not obligatory for a minister to resign while facing corruption charges. He said that Matambo remained innocent until proven guilty.