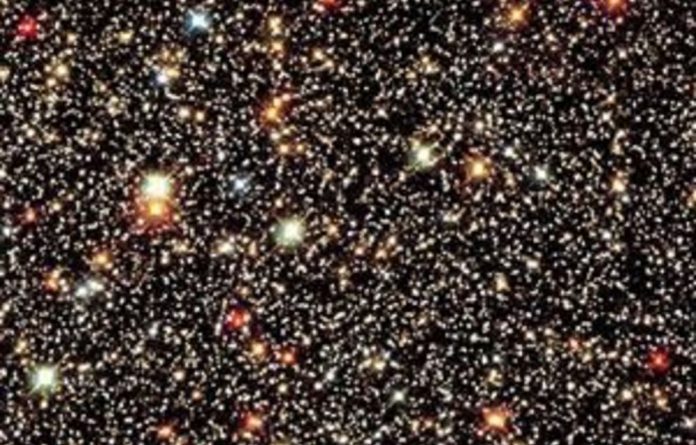 Astronomers have found a clutch of planets that wander alone through interstellar space. The discovery of the objects, which do not orbit any star, will help scientists better understand how planetary systems form and evolve.

The 10 free-floating planets are thousands of light years in the direction of the central bulge of the Milky Way, towards the constellation of Sagittarius. Their masses and compositions are thought to be equivalent to Jupiter and Saturn — mainly hydrogen and helium with trace amounts of heavier elements.

“We expect that they were formed around stars and then, during the later stages of planet formation, they get ejected, primarily due to interactions with other planets,” said Daniel Bennett, an astronomer at the University of Notre Dame, in the United States.

More than 500 exoplanets have been detected in just over a decade of hunting by scientists and the vast majority of these are gravitationally bound to a star, orbiting it in the way the planets in the solar system orbit the Sun. Free-floating planets have been reported before but only in regions of space where stars are already forming.

The latest discovery shows that free-floating planets exist in large numbers in the emptiest parts of space, with no stars within a distance at least 10 times that between the Sun and the Earth. Bennett estimated that there are around 1.8 times as many of these free-floating Jupiter-sized giant planets as there are stars in the galaxy.

“That’s a bit more than people had expected,” he said. “Our survey is like a population census — we sampled a portion of the galaxy and, based on these data, can estimate overall numbers in the galaxy,” said Bennett.

“The survey is not sensitive to planets less massive than Jupiter and Saturn, but theories suggest that lower-mass planets like Earth should be ejected from their stars more often and are thus more common that free-floating Jupiters.” Being alone in cold space and without any source of external energy, it is highly unlikely that the gaseous planets could harbour life. But free-floating Earth-sized planets might be different.

“There have been a few papers suggesting that free-floating Earth-sized planets could have habitable surface temperatures,” said Bennett. “The reason is that, if they’re not that close to a star, they don’t have a mechanism to remove the atomic hydrogen from their atmosphere. If you have a high enough density of it, it can be a very effective greenhouse gas.”

Scientists have previously suggested that free-floating Earths could have a habitable surface temperature just from the heat produced by the decay of radioactive elements in their interior. “The Earth has that but it’s about 10,000 times smaller than the heating from the sun. So you need a very effective greenhouse atmosphere to keep the temperature high,” said Bennett.

Bennett’s team analysed data from observations of around 60 square degrees of the Milky Way’s central bulge, recorded by the 1.8m-wide Microlensing Observations in Astrophysics (Moa) telescope in New Zealand. Microlensing is a technique which takes advantage of the fact that light gets bent as the rays pass close to a massive object such as a star.

According to Einstein’s general theory of relativity, the gravity from the mass of a planet warps the space around it, making the area act like a giant magnifying glass. If this “magnifying glass” passes in front of a star that is already being watched by a telescope on Earth, the star will apparently brighten for a short period of time. The Moa telescope allowed the scientists to monitor the brightness of 50 million stars in the Milky Way every hour for two years.

Bennet’s team observed 10 such microlensing events, and the amount of brightening of the stars allowed them to calculate the mass of the planets that were passing by. He said it was possible that some of the planets might end up being found to be in orbit around very distant stars, but such orbits are rare. —

How ‘planety’ is Planet Nine?

Habitable planets: The ideal home in the Goldilocks Zone