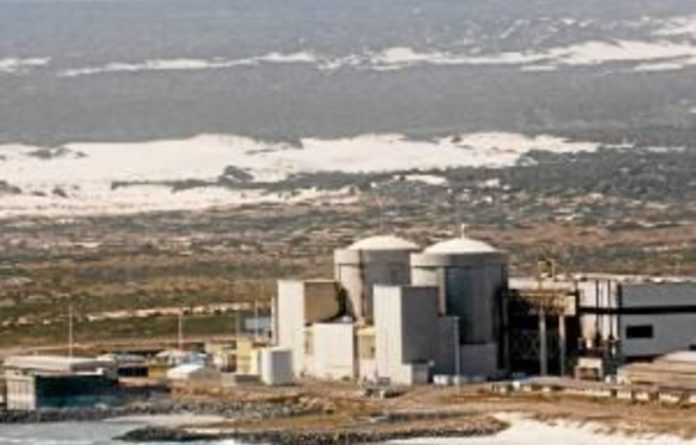 A transatlantic row over a $250-million set of contracts for the replacement and upgrading of the steam generators at Koeberg nuclear power station has been kept secret since April but is now being cited among the reasons for sweeping changes to Eskom’s board of directors.

According to three sources familiar with the matter, Malusi Gigaba, the public enterprises minister, was angered by Eskom’s handling of the contracts and by what he saw as excessive pressure to sign off on the tenders, which require his approval because they exceed the board’s R300-million authorisation threshold.

Central to the fight is the decision to award the lion’s share of the work to United States-based nuclear manufacturer Westinghouse rather than its French competitor, Areva, which signed letters of intent with Eskom during President Jacob Zuma’s visit to France in March.

Two sources who have been briefed on the process told the Mail & Guardian that Eskom took the “unusual” decision to split the work into three separate tenders: one for design and fabrication valued at $150-million, one for installation worth about $50-million and one for increasing the efficiency and power output of the plant by between 3% and 5%, valued at between $30-million and $40-million.

Some close to the deal suggest that the splitting of the contract was designed to manage risk, despite the fact that it is essentially one project.

Westinghouse won the main design and fabrication contract, Areva got the uprating work and both were shortlisted for the installation tender, which has not yet been awarded, according to the sources.

Some in government and energy industry circles say Westinghouse is out of favour with the department of public enterprises because of what was seen as its unwillingness to fund the now-cancelled development of the pebble bed modular reactor.

But it kept about 200 staff in South Africa in anticipation of bidding for Eskom’s delayed “nuclear two” build programme envisaged in its generation strategy and the government’s integrated resource plan. The Koeberg contract would have enabled it to earn some interim return on this investment.

Areva also has a substantial local footprint and, with the assistance of the French government, is actively lobbying for the nuclear two deal.

In terms of the Public Finance Management Act investment decisions above a certain amount need the approval of the minister before the contract is put out to tender. In some instances the tender process runs parallel to the approval process to expedite the award of a tender.

The Westinghouse fabrication contract was signed off by Eskom but never received Gigaba’s necessary final approval. The result is that the company, which had begun gearing up for it, is now in limbo.

The stakes are high for Eskom, which cannot afford delays and possible supply disruptions, and Westinghouse and Areva will view their chances in the nuclear two process through the prism of government’s handling of this affair.

Much is also riding on the affair for Gigaba, who wants a more hands-on shareholder involvement in the running of state-owned enterprises.

The impasse is considered serious enough to have merited the direct involvement of the US embassy in Pretoria — the M&G understands that US ambassador Donald Gips raised the matter with the government, but embassy spokesperson Elizabeth Trudeau referred queries to Westinghouse and Eskom.

Hilary Joffe, Eskom spokesperson, would only say: “We are following governance processes as required in terms of appropriate legislation to ensure that the necessary approvals are received.” Westinghouse did not respond to questions and the department of public enterprises said it could not comment.