Tenants ‘gatvol’ of the V&A Waterfront 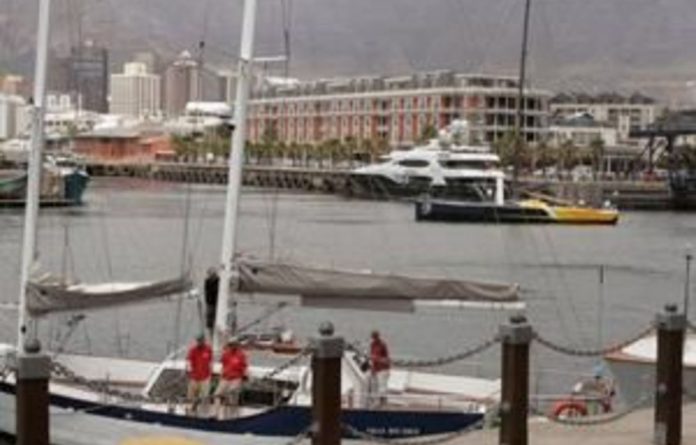 As R10-billion flowed out of South Africa to repurchase the V&A Waterfront, few people were as relieved to see the country’s premier shopping destination back in local hands as its weary tenants.

Given the grim state of tenant-landlord relations in local shopping centres, it says a lot. It is not unusual for small owner-managed businesses to grumble about exorbitant rentals, lacklustre centre marketing and callous decisions by centre managers that threaten their turnovers. But at the Waterfront, until this week owned by a largely foreign consortium headed by Dubai World, the intensity and consistency of the complaints were startling.

Tenants complained bitterly about the lack of basic upkeep, maintenance, cleaning and security. Many shopowners with outlets in other shopping centres said they had never experienced such a lack of communication and disregard for the needs of the tenant businesses.

“We’ve had meetings in order to resolve issues from toilets to signage to noise to — oh, the list goes on forever. It’s just very unprofessionally run and, quite frankly, the meetings that we’ve had, nothing came to fruition, absolutely nothing,” said one tenant, who described the Waterfront’s management style as “diabolical” and “draconian”.

The tenants were afraid of antagonising their landlord and would only speak to the Mail & Guardian on condition of anonymity. But the Waterfront’s management style was exposed when one family-owned business complained bitterly and on record about how the Waterfront skimmed the cream off their life savings when they sold their business. They believe their experience encapsulates Dubai World’s attitude to the Waterfront — a cash cow to be milked, regardless of long-term consequences or fairness.

Aldo and Linda Girolo moved their Hildebrand restaurant from the Cape Town CBD to the Waterfront in 1995. Apart from the risks they took as pioneer tenants to join Transnet’s plan to turn Cape Town’s rough docklands into a top tourist destination, the Hildebrand had contributed more than R18-million in rent to the Waterfront throughout the years, said the Girolos’ son, Enrico, who grew up in the business.

The Girolos built up the Hilde­brand, working 12-hour days, and decided last year to sell the restaurant at the height of its popularity and retire. With two years of the current lease remaining, they approached the Waterfront management to secure an undertaking that the buyer of the restaurant would be able to count on a new lease from the landlord. Without such a guarantee the Girolos would not be able to sell the business because a new owner would need three to five years to realise a return on his investment.

The Girolos thought it was a mere formality. As one of the longest-running and most successful establishments in the Waterfront, the Hildebrand pulled feet to complex — it would not make business sense for the Waterfront to lose the brand just because its owners were retiring.

But the Waterfront management sent shockwaves through the tenant community when they insisted on a cut of the Hildebrand’s selling price in return for signing a lease with the new owner.

David Green, the Waterfront chief executive, refused to be interviewed, but a public relations official responded to the M&G’s questions by email in the name of “a V&A spokesman”.

The official confirmed that “the Girolos ran a very good business at the V&A Waterfront and we had a very good long and mutually beneficial relationship”. The deal was based on the “unique” request by the Girolos to have the restaurant’s lease extended even though the ownership would change.

“The tenancy agreement had no right of renewal and this was a legitimate transaction,” the official said.

Retail lease lawyer and small-business champion Reid Corin said the practice of a shopping centre taking a cut of the selling price of a tenant’s business, known as “key money”, was part of a new trend in South Africa.

The practice started with landlords insisting that the seller of a business in a mall sign surety for the rental of the new owner. “That was kind of a way to protect the landlord from the incoming tenant saying ‘I’ve paid too much for this business’,” said Corin. But with shopping-centre revenue under pressure due to the weak economy and rising costs, the practice soon developed into demanding a cut of the selling price.

“I think it is wrong, but they do sit with the keys to the premises,” said Corin.

The practice highlights the vulnerability of small tenants in South Africa who, unlike their counterparts in Europe, United Kingdom and Australia, are not protected by laws prohibiting unconscionable action by landlords.

South Africa suffers from a high concentration of dominant shopping-centre landlords who tend to set the conditions in their shopping centres based on the return they want on their investments rather than considering the sustainability of their tenants.

Corin did not want to comment on the trading conditions at the Waterfront but said that “there is a perception that it [Dubai World] has certainly sucked the cash out of the business and that they haven’t maintained the centre as they should have”.

The Waterfront management countered the tenants’ complaints, saying: “The vast majority of tenants have a good working relationship, with many tenants extremely positive about the V&A Waterfront. The management and tenants benefit from open and regular dialogue, with new tenants continuing to come on board and regular tenants expanding their interests.”

Norbert Sasse, the chief executive of Growthpoint Properties, which with the Public Investment Corporation took ownership of the Waterfront this week, said he was aware that there “have been challenges at the V&A over the past three to four years with the previous ownership. It is certainly a very high priority for us to address the relationship and fix it as best we can.”

Sasse said the question of who will manage the Waterfront was “still fluid”. The 220 employees in the current management structure would probably remain “but potentially with a very different mandate”.

“Our approach is we are open for business. For the past four-odd years I don’t believe the V&A had an ‘open for business’ sign on it,” said Sasse, referring to the failure of the previous owners to improve and expand the complex.

But many of the tenants remain cynical. PC van der Westhuizen, who closed his craft shop at the Waterfront in March this year because of unsustainable annual rent increases and inflexibility on the part of the landlord to accommodate his business’s needs, said if the current managers remained the tenants would have to deal with the “same old kak attitude”, irrespective of who the owners were.

Price in line with going rate
At first glance, they came, they milked and they flogged the V&A Waterfront back to South Africans for a fat profit.

The main figures certainly seem to point to the possibility that Growthpoint Properties and thousands of pensioners through the Public Investment Corporation (PIC) may have overpaid to get South Africa’s retail crown jewels back. After all, Dubai World bought it in 2006 for R6.7-billion at the height of the property boom and sold it this week for R9.7-billion, despite the biggest meltdown in global property prices in almost a century.

But local property analysts dismiss the idea that the price is inflated. “It’s clearly not a bargain. Those kind of assets, you don’t pick them up for a bargain,” said a Johannesburg-based property analyst, who did not want to be named. But he said the projected yield for the Waterfront was in line with or slightly better than those of other top retail complexes that would fetch more or less the same price.

“Based on the figures in the public domain, there is consensus in the property industry that they [Growthpoint and PIC] paid more or less market-related prices,” said property expert Erwin Rode.

The price tag also seems to be in line with the value increases of retail properties in general. Stan Garrun, managing director of the South African Property Owners’ Association IPD Property Index, said rough calculations showed that the compound income growth in retail and leisure properties from the period 2006 to 2011 was 49%. The strong growth was underpinned by double-digit growth in rental incomes in the years 2006, 2007 and 2008. “Landlords were really coining it,” he said.

The analysts were hesitant about guessing whether Dubai World had made a killing on their five-year ownership of the Waterfront. Rode said they had had three years of the boom before the recession kicked in, but ultimately their profit would be subject to the external value of the rand over the period and relative to what they could have made elsewhere.

Others point to recent additions to the Waterfront, such as the One & Only Hotel, the Breakwater parking garage and the Link Mall, which needed to be subtracted from the selling price in calculating Dubai World’s profit. Rumour has it that these assets yielded disappointing results and Dubai World would have had to keep ownership for at least 10 years to realise a return on them.

In presentations earlier this year, when the sale was announced, Growthpoint said that they saw the real value of the Waterfront in the 280 000 square metres of undeveloped space rather than in the developed 380 000 square metres. Even if this formed the focal point of the new owners’ strategy there is one aspect of the Waterfront where Growthpoint and the PIC can bring an almost immediate improvement and possibly higher yields – the relationship with its retail tenants.