The Times they are a changin’ 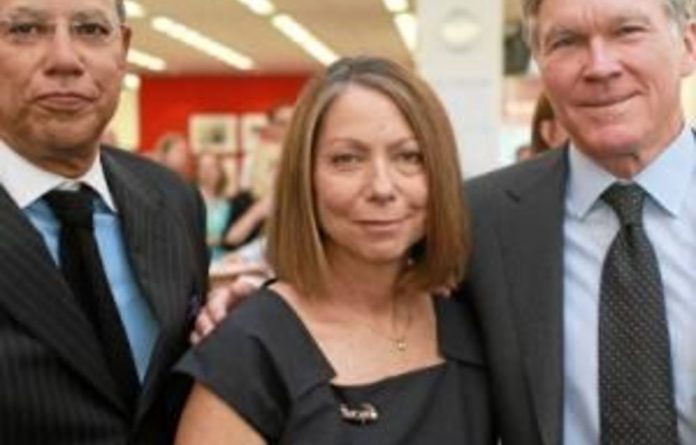 The executive editor of the New York Times is about as close as it gets in America to royalty, discounting the president and Lady Gaga.

Even in this fragmented era of Twitter, Google News and the blogosphere, the newspaper’s chief still has the power to direct the national conversation, move markets, unseat politicians, sanction wars and create Hollywood movie stars.

Yet from the moment I’m ushered into Jill Abramson’s office, it is clear that the characterisation of the typical New York Times editor as a supremely powerful and overbearing regal type cannot easily be applied to her. Her room has the jumbled air of an antiques shop, cluttered with several bouquets of flowers sent by admirers and friends to congratulate her on her appointment. The walls are cluttered, too, with black and white photos, including one of her mother, Dovie, aged 12, standing beside the towering figure of Babe Ruth at the Yankee stadium.

Cushions on a sofa bear images of fluffy “Westies” — West Highland terriers like her first dog Buddy. And on a table, there’s a copy of her soon-to-be-published book, The Puppy Diaries: Raising a Dog Named Scout, about her pet, a golden retriever. “I’m a huge dog nut, giant, giant,” she says.

To hear the next editor of the New York Times wax lyrical about dogs is not exactly what I had expected. Even more surprising is the way she says it — in the thickest New York accent you’ll ever hear, a nasal drawl in which the vowels are stretched to breaking point, like an elastic band. So “out” becomes “iouuut”, and “now” “niouuuw”.

She wears her New Yorker-ness brazenly, proudly, on her sleeve. Or rather, under it, on her right shoulder, where eight years ago she placed a tattoo of a subway token to mark her return to New York city after a long stretch in Washington. “I love the subway; take it everywhere,” she says. “Also, on the outside rim of the token, it says: ‘Good for one fare only’ and that’s my philosophy for life. So it’s a perfect combination of a great philosophy and the city that I love.”

For the first time in the Times‘s 160-year history the institution is about to be led by a woman and Abramson is ambivalent about the significance of that bald fact. In 2006, when Katie Couric was made the first solo anchor of a network news show, she wrote an article in the Times review section headlined: “When will we stop saying ‘First woman to …’?”

She chuckled about that at a dinner last week with Arthur Sulzberger, the Times‘s publisher, who gave her the editor’s job.

But she swiftly adds that the “first woman” syndrome does have meaning. “I know I didn’t get this job because I’m a woman; I got it because I’m the best qualified person,” she says. Nonetheless, what it means to me is that the executive editor of the New York Times is such an important position in our society, the Times itself is indispensable to society and a woman gets to run the newsroom — that’s meaningful.”

Will it define the paper’s direction?

“Possibly,” she replies. “But I think everybody here knows what stories excite me most: hard-edged, deeply reported investigative stories, rich on-the-ground international stories. I don’t think anyone fears that I’m going to bring soft news on to the front page.”

Few would disagree with Abramson’s contention that she was best-qualified for the post. Harvard-educated, she joined the paper from the Wall Street Journal in 1997 and went on to become the Times‘s Washington bureau chief.

In that role she survived a tense relationship with the then editor-in-chief, Howell Raines, who was pushed from the job after only two years in a move that Abramson is said to have encouraged and that was widely seen as vindicating her criticism of him.

Then there were the many bruising encounters with the Bush administration. “I’m a battle-scarred veteran in that regard. There were several national security stories that they asked us not to publish that we ended up publishing.”

Her track record includes stints at investigative reporting, a skill that proved useful during the recent run of WikiLeaks disclosures, in which she played no small part. Of all her investigative work, though, she is proudest of the inquiry she led into independent counsel Ken Starr at the time of Bill Clinton’s proceedings. “We had a sceptical take on the motivations of [Starr] and I’m really proud that we did that, because everyone else was feeding off tips from the independent counsel.”

Her commitment to investigative reporting could prove crucial in the next few years as other papers in the United States increasingly abandon serious, probing reporting. Abramson is well acquainted with the bloodbath in the American newspaper industry. Last year, in the Daedalus journal, she chronicled the catastrophe that has unfolded as foreign bureaux have closed, newsrooms have been slashed and newspapers shut down.

The Times, with its still hefty newsroom of 1 200 journalists, has largely managed to buck the trend, but has not been immune from the crisis of steadily falling advertising and circulation revenues as readers migrate to the web. As managing editor over the past eight years, working alongside current executive editor, Bill Keller, she has had to axe 100 newsroom jobs, but says: “It’s not the same kind of deep-muscle cuts that other newsrooms have made.”

Abramson has spent the past six months immersing herself in the digital side of the Times‘s operation. That’s important, because the paper’s digital future may determine the success or failure of her term as editor.

The Times‘s record in that regard is patchy. On the one hand, on September 6, Abramson will inherit a paper that is second to none in terms of its global internet reach. Its readership, measured as monthly unique users, now stands at 46-million worldwide, a testament to its blend of superb traditional reporting and an impressive modern array of multi-media offerings and blogs.

But the Times has also been criticised for being sluggish in developing its internet community of readers by embracing the openness and interactivity of the web. “I would say that’s fair,” Abramson says. “We’re now on that case heavily in terms of using social media for reporting and to make the Times a platform for people to gather. In some ways, in the case of breaking news, our greatest competitor can be Twitter.”

Twitter goes to the heart of the Times‘s challenge: the perception that, at its core, the paper remains slightly resistant to the digital revolution. That impression hasn’t been helped by the recent series of columns by Keller, in one of which he declared that he had tweeted “#TwitterMakes-YouStupid. Discuss”. In another he ridiculed the Huffington Post for serving up a diet of “celebrity gossip, adorable kitten videos, posts from unpaid bloggers and news reports from other publications”.

His comments have a grain of truth, but played to the Times‘s weakness, the impression of patrician aloofness, of haughty disregard of lessons it could learn from competitors. Abramson can hardly criticise Keller’s take on Twitter as she hasn’t even got a Twitter account. She rather sheepishly says that she has just set one up, but when I ask her when she did so she says: “Today, or yesterday.”

Isn’t it a bit weird, I suggest, that the next editor of America’s most important paper hasn’t sent her first tweet? “It may be weird,” she says. “But I haven’t felt the need until now. I’m an interior kind of person.”

But she promises to step up the pace of digital innovation. She’s got herself an iPad, she says, and loves the Huffington Post‘s iPad app.

She also name-checks Arianna Huffington, the website’s charismatic founder. “I’ve known her since the early 1990s in Washington and she has invented a site that is interesting a lot of the time. I went and spent a day at the HuffPo and had a lovely lunch with Arianna.”

She also promises to tackle the perception of the Times as an institution that hands down absolute truth, just as she saw it when she was growing up, rather than engaging in a ­conversation with its readers.

Her goal, she says, is not to be an unapproachable voice of supreme authority. “Readers are sceptical about our authority, I’m very aware of that. It’s a question of engaging more than we might have years ago. Yes, we have to be more energetic and creative about leveraging the beauty of our online audience.”

But she has no intention of losing sight of what has made the New York Times great. “The authority we enjoy comes from the depth of our reporting and that is immutable. That will never change.” —