Springs fire: ‘They have lost everything’ 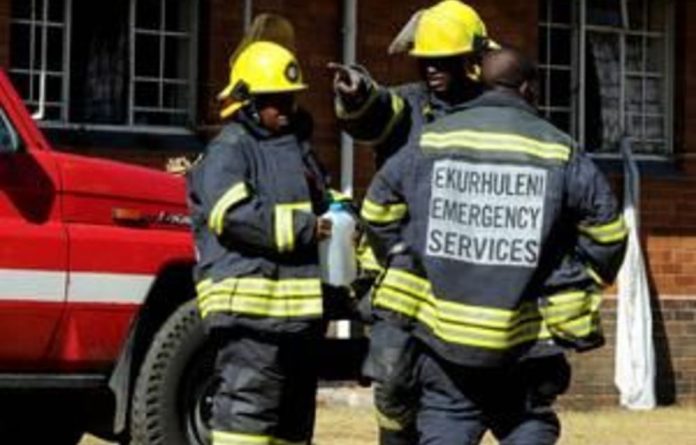 Donations are desperately needed for survivors of a fire that killed 12 people in the women’s wing of the Struisbult Care Centre in Springs on Monday, the Ekurhuleni metropolitan municipality said.

According to Gauteng health department spokesperson Sello Mokoena, those affected were being taken to the Zanele Mbeki centre.

“They have lost everything,” Mokoena said.

Of the 19, 18 have been discharged. One person was still at Pholosong Hospital receiving treatment for pneumonia.

Others were treated on site for smoke inhalation and shock. Relatives and friends were being counselled in a facility set up in another section of the centre in the East Rand town.

“The extent of the damage at the Struisbult Care Centre is still being assessed,” Dlamini said.

The wing had accommodated 59 people. It was gutted by the fire on Sunday night and Monday morning, and the roof collapsed, leading emergency services to declare that part of the building unsafe.

The registered private facility, which receives a subsidy from the province, specialises in caring for people who are elderly and frail as well as younger mentally disabled people. The centre accommodates up to 155 people.

He said none of the firefighters were injured in the rescue operation.

By 2am fire fighters had the fire under control and were damping down the smouldering building.

Dlamini said the scene was attended by Ekurhuleni and Gauteng emergency services, as well as Netcare911 and ER24.

He said rescue teams split into two — with one team fighting the blaze and the other evacuating residents.

Captain Johannes Ramphora described the scene as “terrible”. He said the fire was reported at midnight and when police arrived firefighters were already working to extinguish the blaze.

In August last year, 22 people died in a fire at the Pieter Wessels home for the aged in nearby Nigel, Gauteng.

According to the spokesperson for that centre, Remsie Visser, plans have been submitted to rebuild the home but without a frail care section.

They have broken down and cleaned up what they could and are waiting for final approval to start building again. That fire was found to have been caused by a cigarette.

She said no-smoking signs could still be seen in the remains of that building.

For information on donations, contact Bongani Ngomane of the Gauteng department of health and social development on 082 460 3608. — Sapa