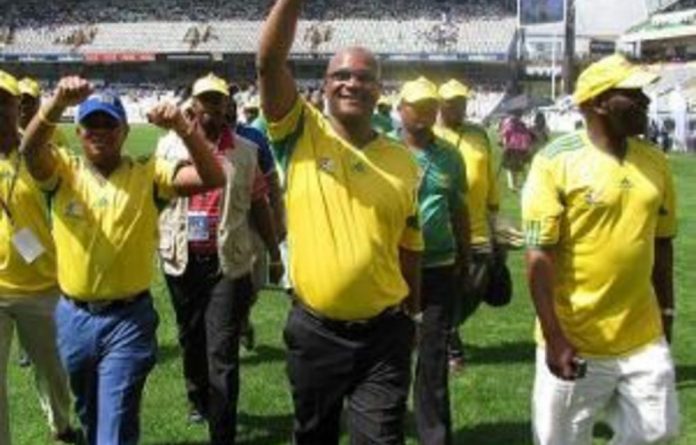 The auditor general must probe how two-thirds of the R36.4-million bill for this year’s national police day celebration in Johannesburg was spent on entertainment, food and drinks, the South African Policing Union said on Tuesday.

“In simple terms: This was a wasteful expenditure and we call for heads to roll,” said the union’s secretary general Oscar Skommere.

“We would also like to call for the cancellation of the national police day celebration and propose that millions of rands be channelled towards service delivery.”

Beeld newspaper reported on Monday that two national police day events in the past 15 months had cost the taxpayer nearly R66-million. This information emerged in a written answer to Parliament’s portfolio committee on police.

Some 37 000 police officials attended the Soweto event. About 1 800 of them were ferried by train from Cape Town to Johannesburg.

Skommere said national police day was not celebrated by all police officers, but only by a handful invited to the event.

A probe by the auditor general should look into who supplied services for entertainment, corporate gear, food and drinks.

“The probe must leave no stone unturned, and if there is any corruption uncovered those fingered should face the consequences.”

The South African Police Service had to set an example if it was serious about fighting crime, he said. — Sapa