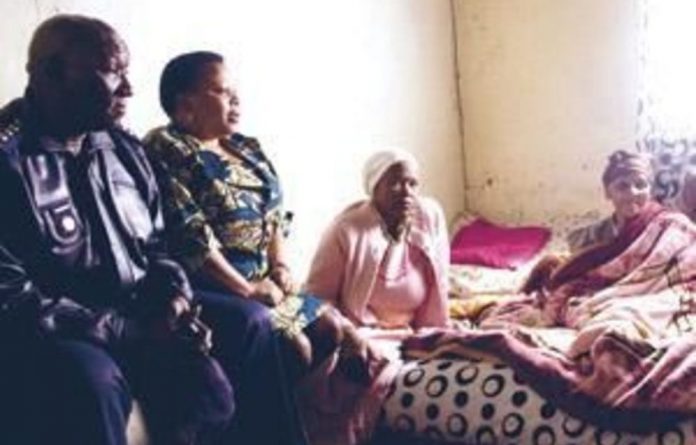 Police brutality had become more prevalent at service delivery protests in the past two years, but cases were often hard to solve because officers were reluctant to incriminate colleagues, the Independent Complaints Directorate (ICD) said on Tuesday

“It has been for the past two years that we have seen this,” ICD director Francois Beukman said after a briefing to Parliament’s portfolio committee on its backlog of cases.

The backlog came to 2 491 cases for the last financial year. Of these, 729 were in KwaZulu-Natal, 676 in the Western Cape, 506 in Gauteng and 219 in Mpumalanga. A drive to reduce the backlog saw the figure slashed by 57% to start the current year with 1 079 old cases on its books.

‘The last one to die’

Following the death of Andries Tatane after police allegedly beat and shot him, Police Commisioner Bheki Cele visited his family home in Ficksburg to offer his condolences.

Beukman’s staff told MPs it often proved difficult to identify the police officers who committed abuses at protests because they wore riot masks and fired rubber bullets which, unlike live ammunition, cannot be traced back to their weapons.

“One of the challenges we face with cases of service delivery protests is that we have units that are deployed from different areas,” ICD chief director of investigations Tommy Tshabalala said. “There were protests in Balfour, there were protests in Ermelo in Mpumalanga, and in all those cases you will find that there were a minimum of four units or five units.

“They come in and restore order in terms of the protest and then withdraw thereafter, and then we get the complaints lodged thereafter.

“Part of the difficulty we have experienced … where rubber bullets have been used, unlike live ammunition, they cannot be traced to a particular weapon,” he added.

“More often than not these officers are wearing helmets.”

Incensed
The ICD said in the case of activist Andries Tatane — who died after he was filmed being beaten and shot by police in Ficksburg in April — six officers were identified by their colleagues, but in similar cases they had not been able to find witnesses.

This included the death of two protestors in Ermelo in February.

“With the cases in Mpumalanga there are no witnesses who can identify the suspects in those specific cases where two people passed away, ” Beukman said.

The remarks incensed committee chairperson Sindi Chikunga, who said the police had a duty to arrest fellow officers who committed abuses on the spot, not to wait for the ICD to launch an investigation.

“I cannot imagine a situation where constables would just be sent to an area without any senior person accountable for them.

“Sometimes it even irritates me when they will then say, ‘Anyway, the ICD is investigating’. It is becoming a norm … You cannot have an operation that takes place and nobody is accountable for what happens there.

“They are policemen, they have a constitutional obligation to fight crime, but nobody gets arrested.”

‘Let’s not use euphemisms’
African National Congress MP Annelise van Wyk suggested that the ICD should attend protests as observers, but Beukman demurred that this was “dangerous”.

“These marches are not supposed to be dangerous. If that is the case then there is a problem that we need to address holistically,” Van Wyk retorted. “It is the right of citizens to protest. It is the responsibility of the police to deal with it in such a manner that it does not become dangerous.”

She also chastised Beukman for saying people had “passed away” during clashes with the police at protests.

“Let’s not use euphemisms, people did not pass away, they were killed at these protest marches.”

ICD spokesperson Moses Dlamini said the body did not have precise figures at hand of how many of their cases were linked to police violence at service delivery protests, but confirmed that incidents of this kind had become “a trend”.

The ICD investigates complaints against the police. — Sapa