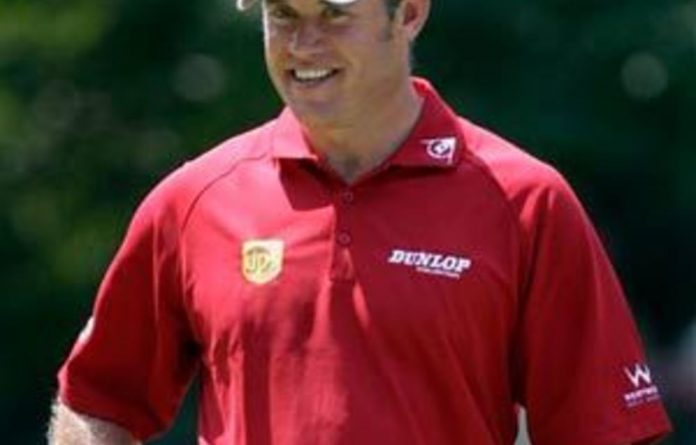 Britain’s Lee Westwood enters the United States Open optimistic he has what it takes to finally snag an elusive first Major golf crown.

“My confidence is pretty high. I’m looking forward to this week,” Westwood said on Monday. “I’m driving it pretty long and straight. My iron shots are fairly crisp, which is good coming into a US Open. My preparation has gone well.”

The World No 2 starts Thursday morning off the 10th tee alongside fellow Englishman Luke Donald, the reigning World No 1, and Germany’s third-ranked Martin Kaymer in the feature group at Congressional Country Club.

“Amazing freak of nature how that came out in the draw, wasn’t it?” Westwood joked. “I like it. I think it’s a good idea. I get on well with Luke and Martin as well, so it will be a nice way to start off the tournament.”

“It’s a challenge that I’ve got to try and overcome and just do a little bit better at the right times,” Westwood said. “There’s no secret ingredient or recipe to it. I keep getting myself in position and it’s just a case of finishing it off.”

After so many near misses in quest of his first major, Westwood could be forgiven for some gloom over missed opportunities. But the 38-year-old from Worksop has proven resilient.

“If you have a successful year, we maybe win three times a year. So you get used to not winning and being disappointed. You learn to try and take positives out of anything, even when you maybe finish second and you thought you should have won one of these.

“You try and look at it on the bright side and I think I’ve probably managed to do that over the last few years. I seem to be responding well and coming out of it positively, even though obviously I would love to win one.”

Westwood has faith that if he puts himself in the hunt on Sunday often enough, the breaks will one day come his way.

“It’s a fine balancing act and a fine line between when you do get really close to becoming frustrated but still seeing the positives in the fact that you are getting close,” Westwood said.

“I feel like my game is good enough and if I just do a few things differently at the right times, then it’ll be the difference between a second and a win. It’s a tricky balancing act, going in with expectations but playing with a freedom as well.”

Westwood played his first US Open at Congressional in 1997, when he shared 19th.

“Really doesn’t seem like five minutes, those 14 years,” Westwood said. “It’s a pretty similar course. They have done a good job of modifying it and lengthening it and changing the greens in certain areas.

“It’s very fair. There’s no tricks to this golf course. You could almost turn up Thursday and just play it because it’s such a good, honest test.”

However, Westwood calls the US Open the toughest test of the Majors because of the lightning-fast greens and dense rough.

“You have to be very patient and not give any shots away unnecessarily,” he said. “If you can make double [bogey] instead of making triple, that’s great.

“It’s almost like one less birdie you need if you can make that three or four-footer when you need it.” — AFP

It’s really rough at the US Open