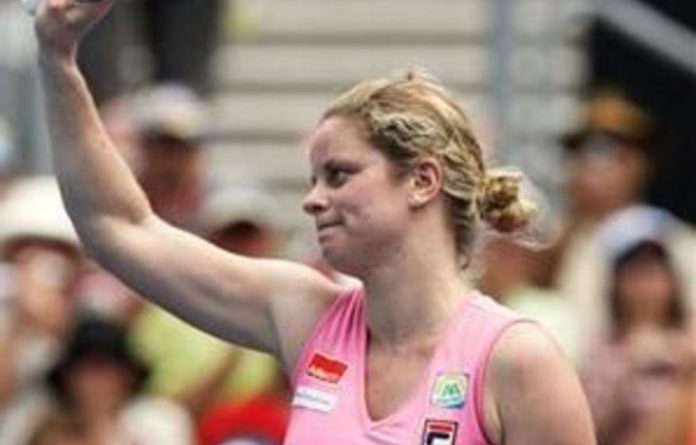 United States and Australian Open champion Kim Clijsters build-up to Wimbledon suffered a huge blow on Tuesday as she appeared to have re-injured her troublesome right ankle.

The 27-year-old Belgian looked to have injured her ankle during a shock 7-6 (7/5) 6-3 humbling by Italian qualifier Romina Oprandi in the second round of the World Tennis Association tournament here and could hinder her chances at Wimbledon, which gets underway next week.

Clijsters has had a nightmare season since winning the Australian Open with first a shoulder and then the ankle injury curtailing her preparation for the French Open — which showed as she went out in the second round to world ranked 114 Arantxa Rus.

Clijsters said she would undergo tests on the right ankle, which she originally hurt in a freak accident while dancing at a cousin’s wedding earlier this year.

“I’m going to have some more tests tonight or tomorrow morning and then I’ll be able to give a more specific answer about the situation with my ankle,” said Clijsters, who has yet to win Wimbledon her best showing being two semi-finals.

“I feel like I was hitting the ball very well in practice. I was moving well. I wasn’t really worried too much.

“It’s frustrating because something like this with my ankle has to happen, and it kind of puts me back to where I was a few weeks ago. But that’s what an athlete has to deal with sometimes.”

Clijsters had a chance to take the first set at 5-4 and 30-30 on the 25-year-old Swiss-born Italian’s serve but Oprandi saw off that danger and took the set in a tie break and never looked back after taking an early break in the second set.

It was just her fourth singles win of the year and sets her up with a third round clash with veteran Japanese Kimiko Date Krumm. — AFP