Hugh Hefner dumped at the altar 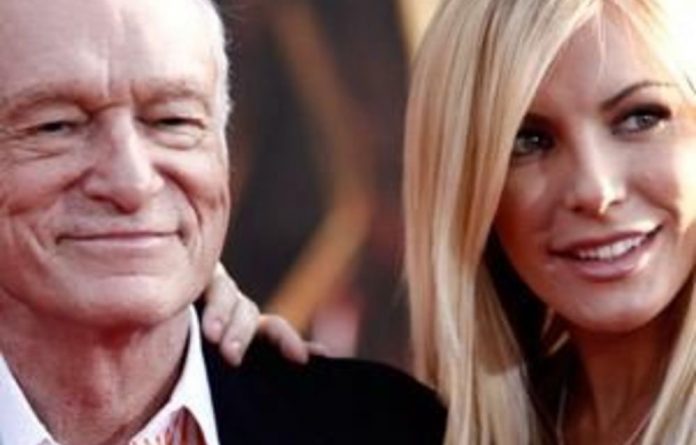 Heartbroken Playboy founder Hugh Hefner said on Tuesday his wedding this weekend was cancelled because his 25-year-old fiancée, a Playmate from his magazine, changed her mind.

Hefner (85) and Crystal Harris were due to tie the knot in front of more than 300 guests at the Playboy Mansion in Los Angeles on Saturday. It would have been Hefner’s third marriage.

“The wedding is off. Crystal has had a change of heart,” Hefner wrote on Twitter.

“The breakup is a heart breaker, but better now than after the marriage,” he added later.

He also denied a report on celebrity website TMZ.com that the couple had had “a nasty argument” on the phone.

Adding insult to injury, he said Harris took his favourite pet, a cocker spaniel named Charlie, when she moved out of the mansion.

On the other hand, Hefner said he has been consoled by his coterie of old pals and his former wife Kimberley Conrad, and announced he would be hosting a screening of Runaway Bride.

Hefner proposed to Harris on Christmas Eve, he announced on Twitter at the time. Since then Hefner has been planning the nuptials in between serving as hands-on editor of Playboy and entertaining family and friends at movie screenings and backgammon games.

A two-hour TV special featuring wedding highlights was due to air July 13 on the women’s cable channel Lifetime.

Hefner and second wife Conrad, a former Playmate now 48, divorced in 2010 after a lengthy separation. His first marriage to Mildred Williams ended in divorce in 1959. He has two children from each marriage.

Hefner, known around the world by his nickname, Hef, has championed sexual freedom and civil rights, published stories challenging McCarthyism and the Vietnam War, and backed gay causes and the legalisation of marijuana.

With a cover featuring a calendar photo of Marilyn Monroe, Hefner put together the first issue of Playboy on the kitchen table in his Chicago apartment in 1953 at a cost of $600. It sold 51 000 copies — enough to finance a second issue — and led to a multimillion dollar international corporation, which Hefner recently took private.

Raised in San Diego by British parents, Harris met Hefner at his annual Halloween party in 2008.

She moved in to the mansion after a few weeks and became Playboy‘s Playmate of the Month in December 2009. She will be on the cover of the magazine’s upcoming July issue. – Reuters

[VIDEO] Keep calm & jab on: These numbers will boost...

Allergic reactions, unusual blood clots and heart inflammation have all been linked to Covid vaccines. But most people won’t experience these severe reactions. Watch this easy explainer
National

“Every day, on average, 137 women are killed by a member of their own family,” said Phumzile Mlambo-Ngcuka, UN Under-Secretary-General and UN Women Executive Director, in a statement released in March last year. These appalling figures are just one of the many consequences of gender-based violence and abuse, namely domestic abuse, which is defined as a pattern of behavior in any relationship that is used to gain or maintain power and control over an intimate partner
Coronavirus