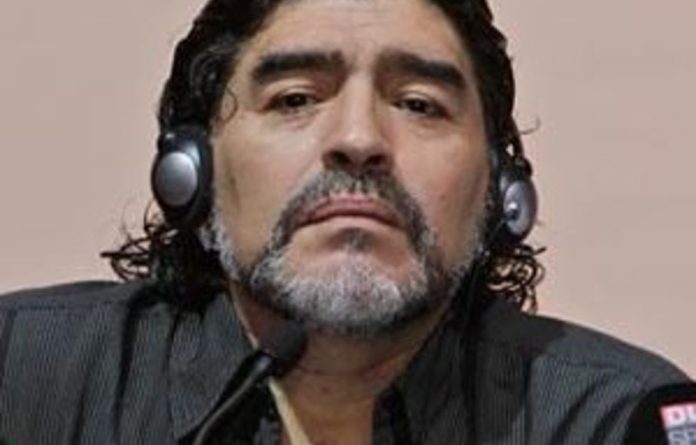 Maradona is seeking $3-million in compensation from Sina and The9 which designed the game Winning Goal, the Global Times quoted an official from the Beijing No 1 Intermediate Court as saying.

“The case was accepted yesterday [Monday],” said Chen Shi, a spokesperson for the court.

A Sina spokesperson who declined to be named said the matter “is a legal procedure. We cannot comment”.

The9 and Sina launched the game last June claiming Maradona was a celebrity spokesperson, the report said.

But Maradona says he never gave permission to the Chinese companies to use his image, the official Xinhua news agency said earlier this month, citing a statement from the football legend.

The9 apologised and said they had been tricked by a Chinese football agent who told them Maradona had signed an endorsement contract, Xinhua said.

“I do not accept the apology from The9 Limited, and I will continue to protect my legitimate interests through legal procedures,” Maradona said in the statement.

Maradona is extremely popular among China’s legions of football fans, with state media hailing the World Cup-winning former captain the “King of Football” during a vist to Beijing last November. — AFP