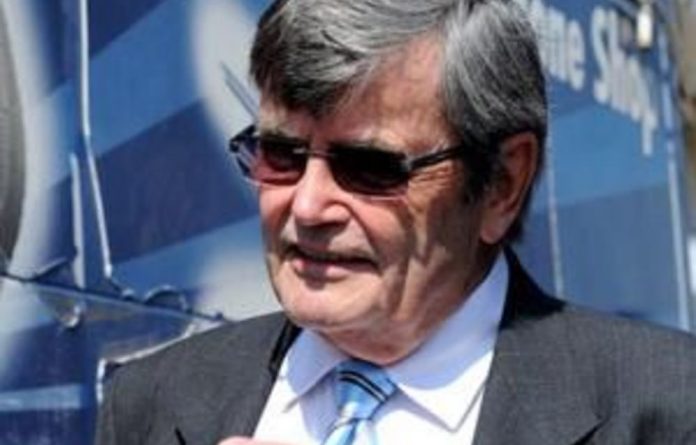 Former Nelson Mandela Children’s Fund trustee Jeremy Ractliffe pleaded not guilty to a charge of possession of uncut diamonds in the Alexandra Magistrate’s Court on Wednesday.

“I have pleaded not guilty because, in my mind, I did not believe that my possession of the stones, if they are shown to be diamonds — was in any way unlawful,” said a statement read on behalf of Ractliffe by his lawyer, Mike Hellens.

“I simply solved that which I thought was a problem for Naomi Campbell in preventing her from taking the stones out of the country by holding them for her.”

The court case was delayed due to technical problems.

“Is there anything in this place that is working?” magistrate Renier Boshoff asked when the transcriber stopped working.

Eventually a lead was run from another office to the court.

On Monday Boshoff apologised to Ractliffe for the postponement caused by a power failure at the court.

“Looks like we are in the dark here,” Boshoff said.

War-crimes tribunal
Ractliffe was charged with contravening the Diamond Act.

Campbell, a British supermodel, testified at The Hague war-crimes tribunal last year that she thought it was former Liberian president Charles Taylor who had given her a bag of diamonds, which it was argued were “blood diamonds”.

She said she handed the stones to Ractliffe, who was at the time chief executive of the Nelson Mandela Children’s Fund.

He said at the time he took and kept three small uncut diamonds so that Campbell would not get into trouble. Ractliffe handed the stones to the police on the same day that Campbell testified at the war-crimes tribunal.

A person found to illegally possess uncut diamonds could face 10 years in prison or a R250 000 fine, or both. — Sapa

Diamonds are not forever

Diamond surge a ‘flash in the pan’