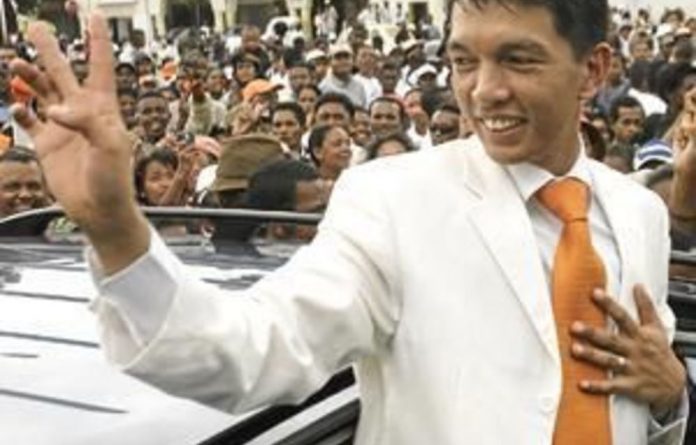 Madagascar’s exiled former president, Marc Ravalomanana, vowed on Wednesday to return to the island despite the army and police stating that they would block his homecoming on security grounds.

“I am coming back, unconditionally, to wage peace, to choose democracy over tyranny and to help start real Malagasy-Malgache dialogue, to ensure that no one can ever again, unilaterally and violently, seize power in Madagascar,” Ravalomanana said in a statement.

The ousted president has been in exile in South Africa since stepping down amid violent street protests in March 2009 and handing power to the military, which promptly ceded it to current strongman Andry Rajoelina.

His return has been a major sticking point in efforts by the Southern African Development Community (SADC) to mediate the crisis.

The 15-nation regional bloc called on Sunday for Rajoelina to allow Ravalomanana to return “unconditionally”, while also urging Ravalomanana to sign off on a road map to new elections that would make Rajoelina president of a transitional government.

But Rajoelina said on Tuesday his rival would only be allowed to return when security conditions are “favourable”.

The heads of the army, police and gendarmerie also pledged to “take all measures necessary” to prevent his return, saying it could threaten “public order and security”.

Ravalomanana vowed to defy any attempt to block his homecoming.

“There is no going back on the SADC decision on Sunday,” he said. “The current regime may as well get used to the idea. We have all had to compromise. For example, we are implacably opposed to Rajoelina being the president of a transitional government.”

Prison threat
Ravalomanana faces life in prison in Madagascar after being sentenced in absentia for the killing of demonstrators by his presidential guard during the protests that led to his overthrow.

He denies any wrongdoing, but Rajoelina’s camp has not backed down from threats to jail him if he returns.

Ravalomanana attempted to fly back to Madagascar with his family in February after announcing that he would return to help bring about democratic elections.

But officials at a Johannesburg airport would not let him check in, saying they had received a letter from aviation authorities in Antananarivo indicating Ravalomanana and his group were “non grata persons in Madagascar”.

The impoverished Indian Ocean island country has been gripped by political tensions since the ex-president’s ouster.

It has been suspended from both SADC and the African Union, and is losing €600-million a year in European Union aid suspended over the deadlock.