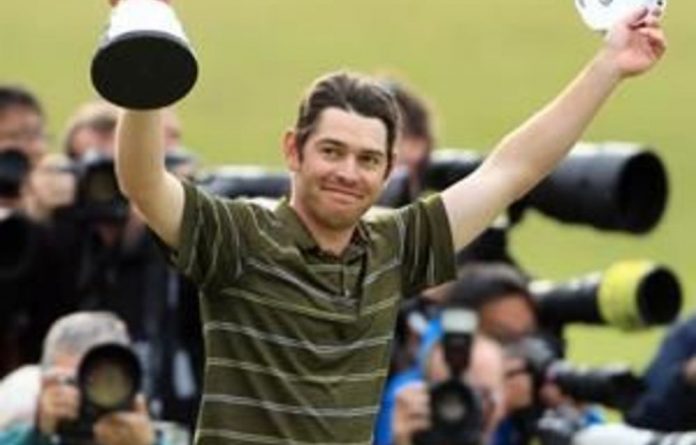 Louis Oosthuizen was 12 and Charl Schwartzel 10 when they played their first round of golf together. It was a tournament at Randpark Golf Club in Johannesburg, and Oosthuizen already had a reputation as a hotshot junior — in more ways than one.

“I’ll never forget after the first hole,” Schwartzel says. “I think he three-putted the first hole, and he had quite a temper on him. He really got cross. And I was very surprised. I looked at my dad and I was like, ‘Do you see that? Do you see that?’ That’s what I remember. That’s where it all started for us.”

And look how far they’ve come. Oosthuizen is the reigning British Open champion, while Schwartzel won the Masters in April.

They played a practice round on Tuesday morning before this week’s US Open at Congressional Country Club, where their hero, Ernie Els, took home the trophy the last time the tournament came to the nation’s capital in 1997.

“We share a lot of accommodation, houses together, when we’re out here,” Schwartzel says. “A few times we’ve sat back and just said, ‘You know, you actually see what we’ve done, where we came from.’ We are very proud of it.”

Throw in Trevor Immelman’s Masters victory in 2008, and that gives South Africa a Major champion in three of the last four years.

“We’ve got a very good junior foundation,” Oosthuizen says. “All of us that have gone through it, have gone through the amateur ranks, have played amateur tournaments overseas. It helps just to do a bit of the travelling and everything, just to get used to what it will be like when you turn professional.

“South Africa is a big sporting country. We’ve got rugby, cricket, football, golf, tennis, you’ve got everything. I think it’s just a bit in our blood, really, loving to be in a situation where you can win.”

Oosthuizen took a status leap ahead of his friend by winning last summer at St Andrews, and Schwartzel noticed the change. Winning the first Major is a pinnacle that’s hard to match, and it’s not easy dealing with the distractions that come along with it. Oosthuizen is the first to admit that he’s been “up and down” since then, and he’s missed the cut in three of his last five tournaments.

Whirlwind
Now Schwartzel is experiencing that same sort of whirlwind since winning at Augusta, even if his game hasn’t been as erratic.

“I remember talking to Charl after my Open win and saying it’s tough, it gets to you, some things,” Oosthuizen said. “He said you can see that I’m completely different playing tournaments, a lot of things. And now I just laugh at him when he looks at me and he starts talking. I said, ‘I told you, I told you.’ But I hope everyone thinks we were handling it well.”

Schwartzel said he’s made a conscious effort not to let his Major success derail his game. He does, however, make one concession to the trappings of his Masters success: he carries his green jacket everywhere he goes.

“We only get to keep it for a year,” Schwartzel said. “And then you leave it in your locker. So instead of leaving it, say, in South Africa and only seeing it every two months, what’s the point of that? So I just travel with it every week. I see it every day. You obviously don’t put it on every day, but you see it and sometimes you just stare at it for a while.”

And what about that infamous Oosthuizen temper? Fortunately for him, he grew out of it.

“I couldn’t take hitting a bad shot,” Oosthuizen says. “The minute I realised that golf is not a perfect game and that you’re going to make mistakes, the minute you realise that, you’ve done quite a bit. You don’t have to hit every shot perfect. And I think that was the biggest change in my golfing career.” — Sapa-AP