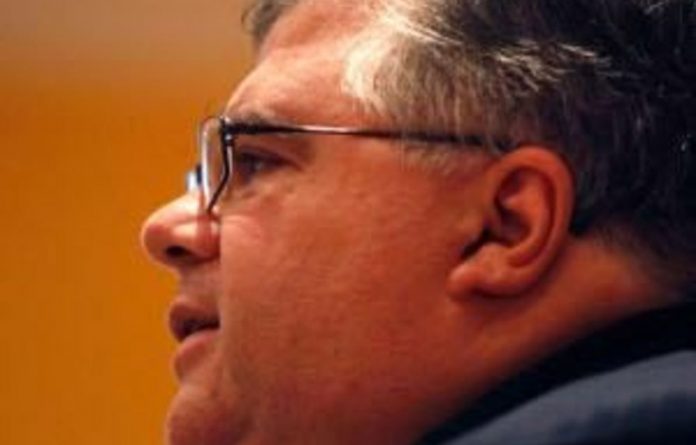 Mexico’s candidate to lead the International Monetary Fund (IMF) said after talks in Beijing on Thursday that his battle with France’s Christine Lagarde was not over yet, while chastising Europe for not making it a fair fight.

Agustin Carstens, the governor of Mexico’s central bank, is the clear underdog in the race to become the next managing director of the International Monetary Fund, following the resignation of Dominique Strauss-Kahn last month.

His campaign to win support from major emerging nations has faltered in the face of Lagarde’s worldwide charm offensive, but he said officials in China, the world’s second-largest economy, had “listened very carefully” to his pitch.

“Regrettably this time around, Europe didn’t embrace the spirit of having a merit-based process,” Carstens told reporters after meetings with his Chinese counterpart Zhou Xiaochuan and Finance Minister Xie Xuren.

“That doesn’t mean … I’m declaring defeat, by any means. That’s not the case.”

European domination
Europe has maintained a 65-year lock on the top job at the Washington-based lender, according to an unwritten agreement, but emerging nations such as China and India have questioned the tradition, calling it outdated.

The race for the IMF leadership began last month after Strauss-Kahn resigned to face sexual assault charges in New York.

Lagarde, France’s finance minister, and Carstens were placed on the shortlist earlier this week by the IMF’s 24-member board, which is expected to make a decision by June 30, after interviewing the candidates.

Carstens, who served as the IMF’s number three from 2003-2006 before returning to Mexico City to become finance minister and then central bank chief, admitted earlier this week that beating Lagarde would be difficult.

Lagarde ‘too close to Europe’s problems
The 53-year-old University of Chicago-educated economist has repeatedly suggested that Lagarde could be too deeply involved in Europe’s fiscal problems to be the unbiased, unsentimental leader the IMF requires.

“I can understand why on this occasion, Europe thinks that because there are problems are in Europe, they should have a European there,” Carstens said in Beijing.

“But at the same time, I think that under such circumstances, a non-European would be better,” he told reporters.

“Emerging markets have shown that they can be trusted partners.”

The 55-year-old Lagarde, in addition to having Europe’s support, has received public endorsements from Egypt, Indonesia and a number of African countries.

Lacklustre support
Carstens has only garnered the expressed support of a dozen Latin American countries — with notable exceptions including Brazil or Argentina.

He met US Treasury Secretary Timothy Geithner in Washington on Monday, and although a Treasury spokeswoman lauded Carstens’ “strong mix of financial talent and political skills”, the United States remained mum on its choice.

China, Russia and India — members of the BRICS bloc of emerging economies along with Brazil and South Africa — have also not yet endorsed a candidate.

When Lagarde visited Beijing last week, Foreign Minister Yang Jiechi said after meeting her that the race to lead the IMF was “open”, but the Frenchwoman later said she had a “very positive feeling” after her talks in China.

Carstens said of his meetings with Zhou and Xie: “The Chinese authorities were very respectful. They listened very carefully … I perceived a complete neutrality.” — Sapa-AFP