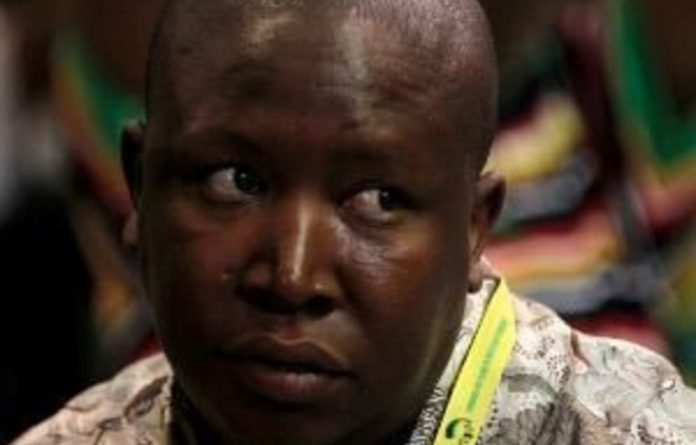 Delegates attending the 24th ANC Youth League conference at Gallagher Estate in Midrand on Thursday refused to stop singing songs calling for Julius Malema to be elected for a second term as president.

Andile Lundisa, the programme director for the first day of the four-day conference, asked delegates not to mention people’s names, but they continued to sing songs in support of Malema after he had left the podium.

Many of the songs were old ANC numbers, but the lyrics had been adapted to show support for the popular leader.

Sifuna Ujuju manje [We want Malema now} and uMalema ungowethu [Malema is our leader], sang the delegates, while others sang Sifuna Umbalula [We want Mbalula).

It has been widely reported that the league wants its former leader Fikile Mbalula to replace incumbent ANC general secretary Gwede Mantashe during the ruling party’s conference next year.

Malema is being challenged by Lebogang Maile, the Gauteng provincial chairperson, who failed to convince any province to endorse his candidacy.

Malema has been endorsed by all nine provinces. Maile’s only chance to qualify to contest Malema’s position would be if he was nominated from the floor. This would require the backing of 30% of the 5 500 delegates.

Another contested post is likely to be that of general secretary.

Magaqa is supported by eight of the nine provinces, but Matiti’s camp is adamant its preferred candidate will win.

But by 11.30am, some delegates had not taken their seats and some were still filing into the conference centre. – Sapa